It's crunch time for Tesla (NASDAQ:TSLA).

The first 30 Model 3 customers, which are expected to be Tesla employees, should receive their vehicles this month. Tesla is at a critical juncture where its ability to execute on ramping Model 3 production is by far its most important operational challenge, and it won't be an easy task. Fortunately for investors, CEO Elon Musk provided some additional estimates last weekend. With those data points in hand, we can visualize a possible ramp. 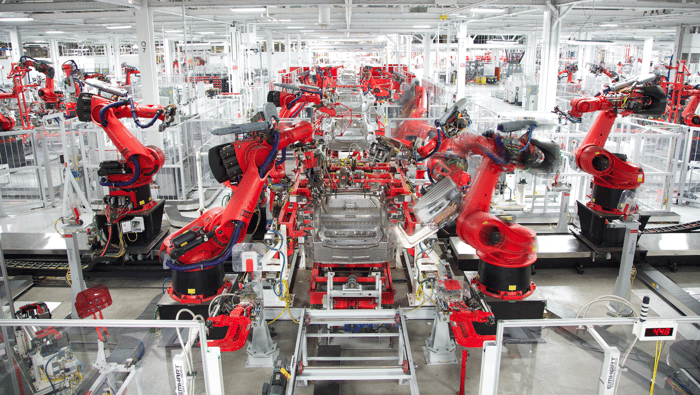 Now we know that "some point in 2017" is expected to be around the end of November or beginning of December, which would translate into the 20,000 units that Musk predicts for the final month of the year. Musk frequently talks about S-curves and exponential growth rates, so I've added an exponential trend line (the dotted line) for illustrative purposes; it also helps me gauge my estimates in connecting the dots for the two missing months. 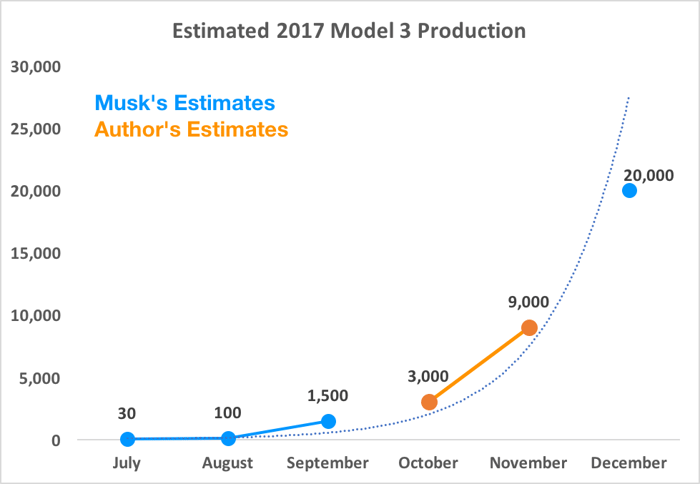 If these estimates prove anywhere near accurate, then Tesla could produce and subsequently deliver nearly 34,000 Model 3 vehicles this year. That's not a terrible start -- Tesla delivered roughly 22,400 vehicles throughout all of 2013, and is now planning on building 20,000 Model 3 sedans in a single month -- but it's far short of the company's previous guidance. It's also but a small chunk of Tesla's backlog, which is likely still around 400,000, judging by trends in customer deposits on the balance sheet.