Shares of electric-car maker Tesla (NASDAQ:TSLA) rose 6.2% in June, according to data provided by S&P Global Market Intelligence. Here's a look at key drivers behind Tesla stock's rise during the month, as well as what has driven the stock down more recently.

Much of Tesla stock's rise in June was likely related to the company's annual shareholder meeting. On June 6, Tesla CEO Elon Musk gave investors insight into Tesla's product pipeline, including the Semi, the Model Y, and even an unannounced product that Musk said could show up at Tesla's Semi unveiling in September.

Also in June, the U.S. National Highway Traffic Safety Administration (NHTSA) awarded Tesla's Model X SUV the highest safety rating of any SUV -- and of any vehicle besides Tesla's own Model S sedan. 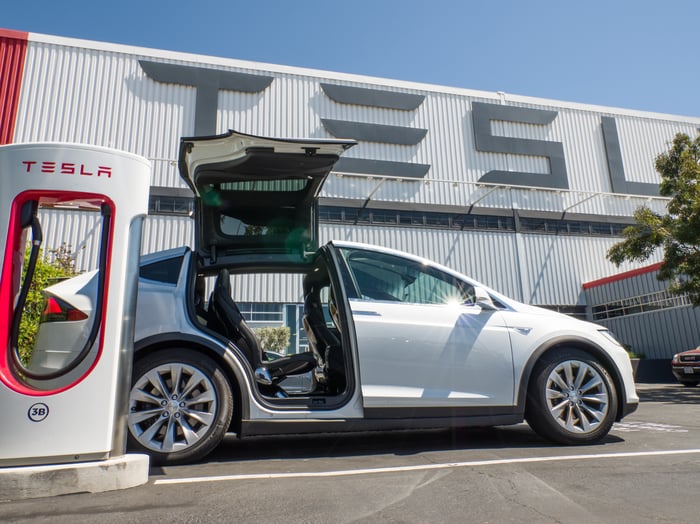 Of course, Tesla's fast-rising stock price meant the stock was ready for a breather when negative news surfaced. That news came in the form of Tesla's second-quarter deliveries, which were at the low end of the company's guidance.

Tesla stock has more than lost its June gains; shares are now down about 8% since June 1.

Even after the stock's decline, investors should keep in mind that the electric-car maker is still priced for aggressive expansion for years to come. This is particularly evident in the stock's price-to-sales ratio of 5.6, which is astronomically higher than the industry average of 0.5.

Why Tesla, Inc. Stock Rose 6% in June, but Has Since Plummeted @themotleyfool #stocks $TSLA Next Article
Current