The stock market picked up ground on Wednesday, with major benchmarks rising as much as 1% on the day. As investors have seen countless times before, the Federal Reserve calmed nerves among market participants. Chair Janet Yellen testified before a House committee in Washington, saying that she believes that the economy is strong enough to endure rising interest rates and the central bank's exit from its long-term bond positions from the financial crisis. Yet Yellen's comments also made investors believe that future rate hikes won't be as numerous as previously anticipated. That sent indexes higher, and good news from individual companies also helped support stocks overall. Lithia Motors (LAD -0.84%), Healthcare Services Group (HCSG 0.67%), and Petroleo Brasileiro (PBR 0.44%) were among the best performers on the day. Below, we'll look more closely at these stocks to tell you why they did so well.

Lithia offers a favorable look at its business

Shares of Lithia Motors climbed 9% after the company released preliminary results from its second-quarter business operations. The auto dealer said that it believes adjusted net income will be between $2.20 and $2.26 per share, up from $1.96 per share in last year's second quarter and ahead of the consensus forecast among investors. Revenue will likely be between $2.425 billion and $2.475 billion, with same-store sales rising 2.3% to 2.6% on a slower 0.5% to 0.8% gain in new vehicle comparable sales. Used vehicle growth continues to be stronger, with comps in the 4% range, and Lithia's service, body, and parts divisions have seen even faster growth. After having disappointed some investors with its first-quarter results, Lithia hopes that its latest outlook will point toward a long-term recovery for the company and its stock. 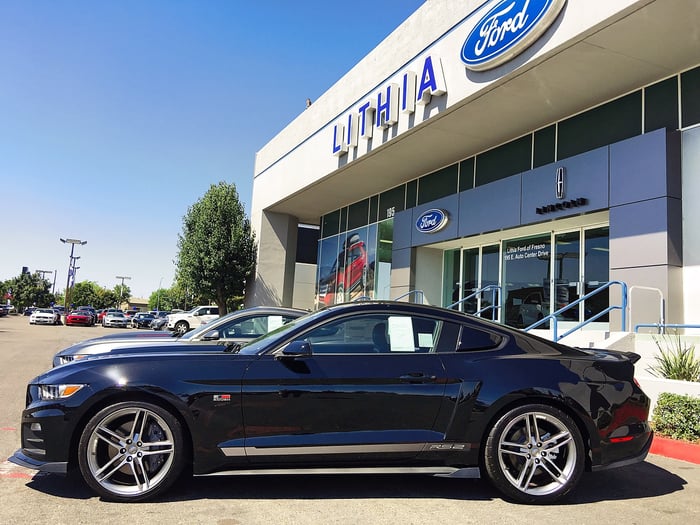 Healthcare Services Group stock rose 11% in the wake of a favorable second-quarter financial report. The provider of professional housekeeping, laundry, and dietary services to long-term care and similar healthcare facilities said that revenue jumped 22% from the year-ago period, helping to push net income higher by about a fifth as well. Healthcare Services also increased its quarterly dividend payment to $0.18875 per share, marking the 56th straight quarter in which the company has paid higher dividends to its shareholders. With demographic trends favoring increases in demand for long-term care, bullish investors are confident that Healthcare Services will continue to distinguish itself by providing the key business services that senior-oriented facilities need in order to care for their patients more efficiently.

Petrobras climbs after getting good news

Finally, shares of Petroleo Brasileiro finished up 5%. The Brazilian oil giant got a favorable ruling in the form of a reversal of a preliminary decision that would have forced Petrobras to restate its financial results during a period spanning 2013 to 2016. Also boosting the prospects for the stock was the conviction of former Brazilian President Luiz Inacio Lula da Silva on corruption charges, which helped bolster the entire Brazilian stock market by hopefully bringing some closure to a long period of uncertainty for the South American nation. To sustain stock gains, Petrobras will need to see oil prices rise so that it can more easily restructure its extensive debt and start moving forward more aggressively.