Shares of Netflix (NFLX 3.61%) jumped Tuesday morning on the heels of Monday night's second-quarter earnings report. As of 11:50 a.m. EDT, the stock was exploring new all-time highs at an overnight increase of 13.1%.

In the second quarter, Netflix management's official guidance had pointed to earnings of $0.15 per share on sales of roughly $2.8 billion. These projections turned out to be on point.

However, subscriber additions came in far above guidance. Management had sketched out a domestic growth target of 600,000 net new subscribers, and the international user tally was seen increasing by 3.2 million. Instead, the company added 1.1 million new U.S. subscribers and 4.1 million new customers abroad. 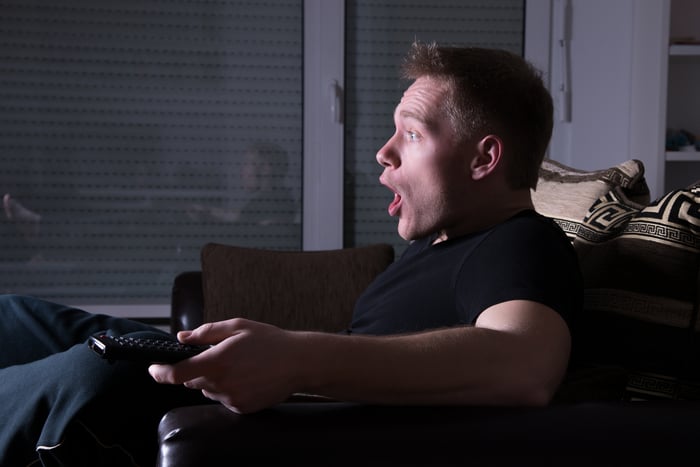 To explain the unexpected and frankly unseasonal subscriber surge, Netflix credited its original content strategy. Political drama House of Cards bowed its fifth season in the second quarter, a shift from the usual first-quarter premiere, and the controversial 13 Reasons Why also captured the global imagination.

"We underestimated the popularity of our strong slate of content which led to higher-than-expected acquisition across all major territories," management noted in a written statement.

Netflix hopes to add another 4.4 million subscribers in the third quarter, setting the stage for positive operating profits in the international segment this year. Netflix will not only continue to produce original content at this point, but it increased its production commitment for fiscal year 2017 by another 10% and a commensurate increase of the year's negative free cash flow guidance.