Shares of big-box store Target (NYSE:TGT) have been getting beat up in the last year, and rightfully so. The company's same-store sales -- a measure combining foot traffic and dollars spent to show how well existing locations are doing -- have been going downhill as consumers shift their spending to online retailers. After Target's announcement of updated guidance last week, though, it would seem that Wall Street was a overly pessimistic on the company. 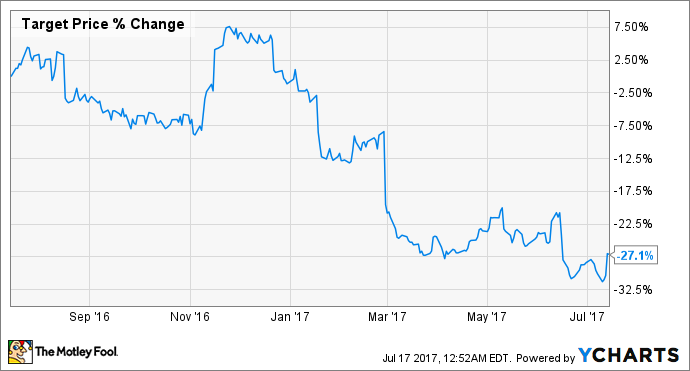 On July 13, Target released updated guidance for the quarter that ends at the end of July, citing "improved traffic and sales trends through the first two months of the quarter." The company told investors to now expect positive same-store sales and better-than-forecast earnings per share. Previous guidance was for same-store sales to decline in the low single digits both during the second quarter and for the whole year. Shares jumped 4% on the day of the news release.

For a company like Target, which operates over 1,800 stores in the U.S., same-store sales (also called comparable-store sales and comps) are the primary driver for revenue growth. The company is already well-established and, outside of a small handful of smaller-format locations in urban areas and college campuses it plans to build, doesn't have plans in the way of expansion.

That's why share prices have taken such a dramatic hit in the last year. People have been increasing their online spending by double-digit percentages for years, and while Target is no slouch in growing its own online presence, in-store traffic still made up 96% of sales last year.

In light of the recent trend, Target's positive update for the current quarter is much needed good news for investors.

In the company press release, CEO Brian Cornell touted the May launch of Target's exclusive Cloud Island brand of baby products and said the company plans to launch 12 new brands by the end of 2018. He also noted the company's testing of next-day delivery of essential items.

Don't get excited yet

However, there is still reason to remain cautious here as we still don't know the exact numbers. A 0.1% positive rise in same-store sales could be the big news. While that would beat previous expectations, it would hardly be worth getting excited about.

We also don't know what will contribute to the same-store sales beat. Ideally it would be a combination of improving in-store traffic trends paired with continued online sales strength, but bear in mind the trend for a while now has been online simply offsetting traditional-store weakness. 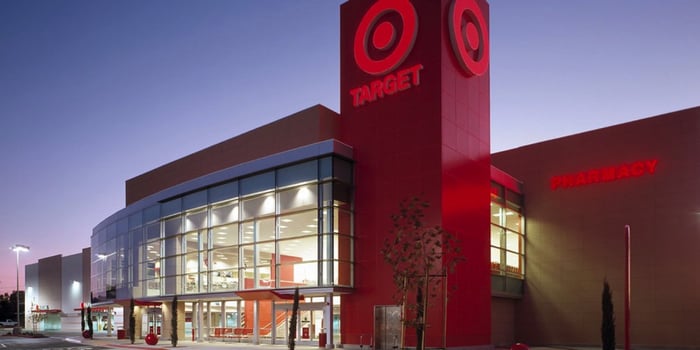 A final reason to be leery is that the second quarter isn't over yet. The guidance update was released with two weeks to go in the quarter and one event that probably wasn't factored into Target's revision was Amazon (NASDAQ: AMZN) Prime Day, the online retailer's annual summer sales event that this year was 30 hours starting at 9 p.m. Eastern time on July 10. Amazon didn't share specifics, but said new records were hit with a 60% increase over last year. That certainly holds the potential to rain on Target's second-quarter parade.

Investors need to remember that Target is in a multiyear effort to rebuild its business around online sales, cheaper prices, and new exclusive brands. These efforts only just got underway earlier this year, so expect bumps in the road.

However, investors can also celebrate the small victory. Amidst a backdrop of overwhelmingly bad press for traditional retail, Target wants you to know that the "news" isn't as bad as it may sound.