There were some soft spots, like revenue guidance coming in slightly below analyst forecasts. One item in particular was a mixed bag: the phone business. 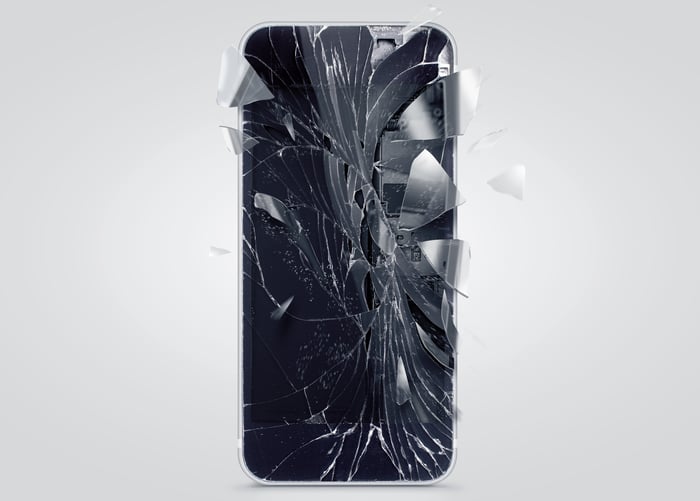 Microsoft's struggles in the smartphone market over the past decade are well-documented, and the acquisition of Nokia's handset business didn't help. The company has been winding down its phone operations over the past two years, with the process finally being completed last month at the end of its fiscal 2017. Here's an excerpt from the last 10-Q in April:

In June 2015, management approved a plan to restructure our phone business to better focus and align resources (the "Phone Hardware Restructuring Plan"), under which we eliminated approximately 7,400 positions in fiscal year 2016.

In the fourth quarter of fiscal year 2016, management approved restructuring plans that would result in job eliminations, primarily across our smartphone hardware business and global sales. In addition to the elimination of 1,850 positions that were announced in May 2016, approximately 2,850 roles globally will be reduced during fiscal year 2017 as an extension of the earlier plan. These actions are expected to be completed by the end of the current fiscal year.

With this process complete, Microsoft was finally able to deduct losses from prior years associated with the phone business that were not deductible in the years that the losses were incurred.

Specifically, we're talking about a $1.8 billion tax benefit that Microsoft was able to recognize last quarter, which put its effective tax rate at a negative 17% on a GAAP basis (negative 6% on a non-GAAP basis). Excluding this tax gain, Microsoft's GAAP tax rate would have been 19% during the quarter. The gain boosted earnings per share by a full $0.23; without that benefit, Microsoft would have posted $0.60 in earnings per share, a penny worse than what analysts were modeling for.

Yep. MS' GM Investor relations Chris Suh just said to me there's effectively no revenue in the phone segment, at this point.

Microsoft phone revenue is already pretty much nonexistent at this point. Phone revenue fell $361 million last quarter relative to a year ago, and the company discontinued Windows Phone support earlier this month (it still supports Windows 10 Mobile as the spiritual successor).