Shares of PayPal Holdings (NASDAQ:PYPL) have climbed 48% this year, according to data provided by S&P Global Market Intelligence, after the company beat analysts' estimates for its first quarter and on news of new partnerships, including one with Apple (NASDAQ:AAPL).

PayPal's stock price was relatively flat for the first few months of the year, until the company reported its first-quarter 2017 results at the end of April. The company managed to grow revenue by 17%, to $2.98 billion, and boost total payment volume by 23%, to $99 billion. 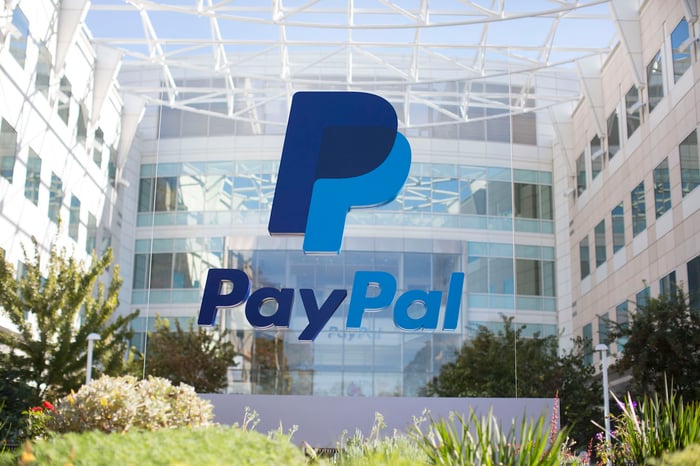 PayPal slightly beat analysts' revenue estimates of $2.94 billion, and the company's earnings per share of $0.44 surpassed the consensus estimate of $0.41.

PayPal CEO Dan Schulman said in a press release, "We are deepening our merchant offerings and relationships, and expanding our network of strategic partnerships to make PayPal more available in new contexts and new markets."

The results were good enough to push up the company's share price by 12% in April and jump-start a trend of share-price gains that's still continuing. Shares spiked again recently, after PayPal announced that Apple will finally allow PayPal as a payment option on its Apple ID accounts. That expands PayPal's reach across Apple's ecosystem and plethora of devices. If all that weren't enough, PayPal also announced partnerships with Samsung Pay, Citi, and Chase within days of the Apple Pay deal, all of which further the company's dominance in the payment industry.

This string of positive news is likely to continue for the company through the remainder of the year. The company will report its second-quarter 2017 results later this month, and management forecasts revenue to grow 15% to 17% year over year, to $3.25 billion at the midpoint.

Additionally, full-year revenue is expected to grow by about 16%, or about $12.6 billion at the midpoint, and non-GAAP earnings per share should come in at about $1.76. Add to that the slew of new partnerships PayPal has made recently and there are likely even better days ahead for PayPal's shareholders.