Shares of copper and gold miner Freeport McMoRan (NYSE:FCX) are up 13% as of 11 a.m. EDT today after the company reported second-quarter results. 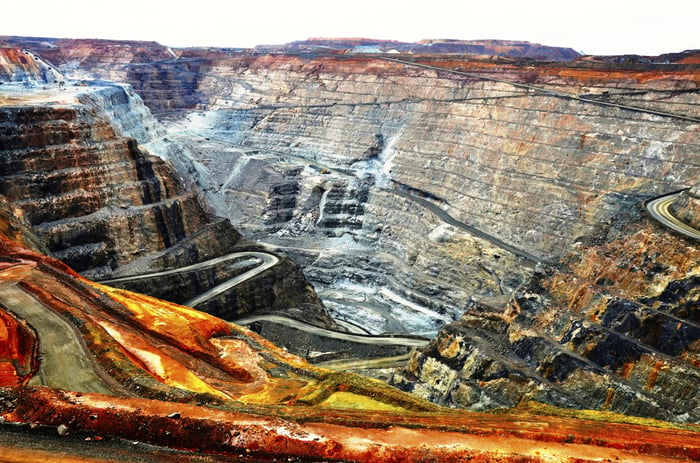 Here's the bizarre thing about this share-price increase today: The company didn't beat guidance. Adjusted earnings per share for the second quarter came in at $0.17, whereas consensus estimates compiled by S&P Global Market Intelligence had Freeport's earnings coming in at $0.20 per share. The company beat revenue expectations, though, pulling in $3.71 billion in revenue for the quarter.

Perhaps the thing that impressed Wall Street today was that Freeport's balance sheet looks much, much better than it has in recent years. After pulling in $1 billion in cash from operations, Freeport now sits on $4.7 billion in cash with $15.4 billion in debt compared to this time last year, when it had $4.2 billion in the bank with $16 billion in notes outstanding.

It also helps that the company seems to be making progress with its negotiations with the Indonesian government related to its Grasberg mine. Freeport and the government in Indonesia have been at loggerheads after recent legislation slowed down production and increased costs at the mine. According to CEO Richard Adkerson, the company is making progress with its negotiations to get the facility back up to full production and to shift from open-pit mining to underground-mining starting in 2019.

The two things that could make Freeport's stock head south again would be lower commodity prices or negotiations with the Indonesian government turning sour. As it stands, the latter doesn't appear too likely.

After its disastrous venture into the oil and gas business, it looks like Freeport McMoRan is back on the right track. It didn't meet guidance, but the progress on improving its balance sheet makes the company look much more compelling than it did as recently as a year ago.