Shares of EXACT Sciences (NASDAQ:EXAS), a company focused on colon-cancer detection, rose as much as 13% in early morning trading on Wednesday in response to reporting better-than-expected second-quarter results.

Here's a review of the key highlights from the period that have traders feeling giddy today:

The solid quarterly performance allowed management to significantly raise its guidance for the year. Management now expects to complete at least 550,000 Cologuard tests during 2017. That's quite a big jump from the 470,000 tests that management had forecasted just three months ago.

The updated testing guidance is expected to have a major positive impact on the company's full-year revenue, too. The company now sees its 2017 revenue landing between $230 million to $240 million for the full year. That's far ahead of its old guidance range of $195 million to $205 million.

Given the terrific results and bullish guidance, it's easy to understand why shares are soaring today. 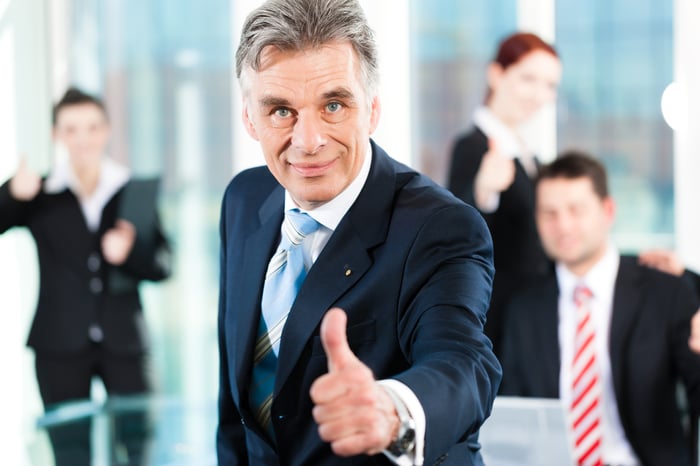 Exact Sciences' second-quarter results clearly show that Cologuard is catching on with patients and providers alike. That hints that the company's bold decision to spend big on a nationwide advertising campaign is paying off in spades.

CEO Kevin Conroy reminded investors that Cologuard still has penetrated only about 2% of its 80 million person target market. As a result, he emphasized that the company will continue to make investments that are aimed at driving continued growth from here.

While Exact Sciences' quarterly losses continue to make it a high-risk investment, I must admit that the company's impressive growth rates and huge market opportunity are highly attractive. For that reason, I think that Exact Sciences stands a good chance at continuing to deliver for its long-term shareholders, even from today's lofty valuation.