Himax Technologies (NASDAQ:HIMX) stock has popped 44% so far this year, according to data provided by S&P Global Market Intelligence, on solid gains in fiscal 2016, speculation of a design win in the upcoming iPhone, and positive analyst sentiment for the stock.

Himax's stock-price gains started after the company's fourth-quarter and full-year fiscal 2016 earnings report. The company grew revenue by 14.3% in the quarter, but gross margins and earnings per share (EPS) fell below the company's own guidance -- and below analysts' consensus -- because of an inventory writedown. 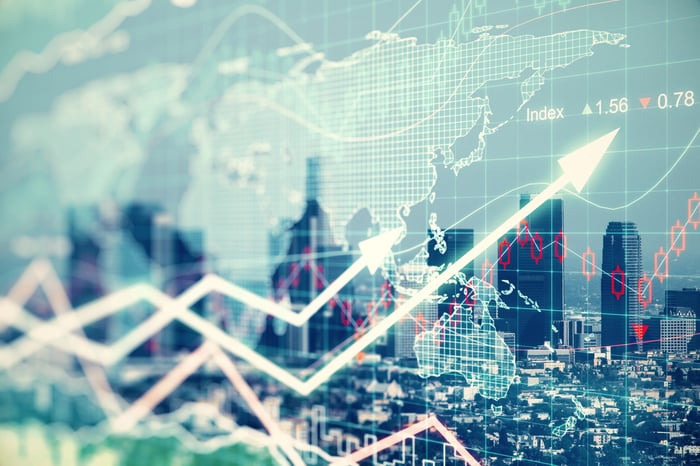 That didn't discourage investor optimism, though -- the stock still popped 28% for the entire month of February. Investors were likely focusing on Himax Technologies' net revenue increase of 16% year over year from FY 2015 to FY 2016, and the earnings per share (EPS) increase of 101.7% year over year.

The company's share price took a hit in both April and May, but eventually rebounded in June on no news in particular. That's not a testament to the company's strong business as much as it was a key indicator that Himax's stock price has a tendency to be volatile.

Himax said that it expects revenue to decline by up to 5% sequentially in the upcoming second-quarter 2017, gross margins will be flat, and earnings per share will be a loss of $0.50 at the midpoint.

While Himax investors have been rewarded so far this year, it's worth mentioning that this stock is prone to some wild swings, and some of the gains it's experiencing right now are built on the company's future prospects in augmented reality and 3D-sensing, neither of which have come to fruition just yet.