Recently, analysts and investors have been focused on whether Advanced Micro Devices' (NASDAQ:AMD) new Vega graphics processing units (GPUs) will beat NVIDIA's (NASDAQ:NVDA) Pascal-based GPUs. These short-term battles are important to monitor, but they are just that -- battles -- in a long-term war.

To win a war in technology, you need the cash to spend on hiring top engineers, in addition to research and development (R&D). To have the means to do that, a company needs to be financially healthy. On this measure, NVIDIA is in a much superior position, and this gives it a significant edge against its arch-rival, AMD. 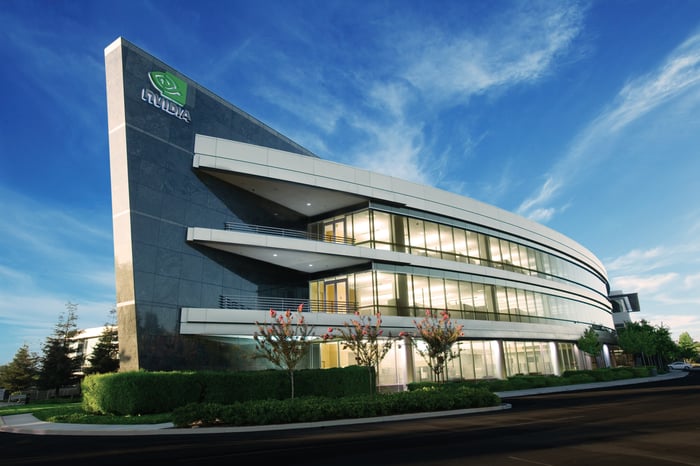 A comparison of key financial items

NVIDIA currently holds more than 70% of the discrete GPU market, which is thriving on the current momentum in the PC gaming market. AMD is in a difficult spot with only 27.5% market share. There are three options for AMD: out-innovate NVIDIA, engage in a price war, or both. But AMD is at a severe disadvantage to NVIDIA financially, which hinders the company's ability to do any of those.

Historically, NVIDIA has been able to grow its revenue and generate consistent annual cash flow. On the other hand, AMD has struggled to grow revenue and has often had negative cash flow. This has left NVIDIA as a cash rich company, while AMD is saddled with more debt than cash on its balance sheet.

With more cash on the balance sheet, NVIDIA has tremendous flexibility. If AMD slashes prices for its gaming GPUs to win back market share, NVIDIA will still be standing. However, AMD will only make the situation worse for itself. It can't afford to lose money since it's already barely able to breakeven. An aggressive price war could lead the company to issue more debt or issue more stock to keep itself afloat.

Issuing more debt increases interest expense, which in turn makes it more difficult to turn a profit. Issuing stock just dilutes shareholders' investment. Neither of these outcomes is good for shareholders.

In the short term, AMD's new Vega line of GPUs could win back some market share, but chip makers have a history of bouncing the ball back and forth. Looking at the above financial comparison, my bet is on NVIDIA to hold the innovation edge for the long term.

At the same time, NVIDIA has outspent its rival on R&D by 37% cumulatively over the last three years. AMD is still spending about the same amount on R&D as it did three years ago, while NVIDIA has steadily grown its R&D budget as revenue continues to grow. NVIDIA's ability to outspend AMD on research to create new breakthrough technologies gives NVIDIA a big advantage.

Another important line item is sales, general, and administrative (SG&A) expense, which includes marketing and employee compensation. NVIDIA's SG&A increased from $480 million to $663 million over the last three years, while AMD's SG&A has declined from $604 million to $460 million. An increasing budget for both R&D and for hiring top engineering talent will make it very difficult for AMD to out-innovate NVIDIA in the future.

NVIDIA's superior financial situation coupled with a CEO who is willing to return cash to shareholders via dividends and share repurchases makes for a more rewarding stock. Over the last four fiscal years, NVIDIA has distributed $841 million in dividends and repurchased $3 billion of stock through the end of fiscal 2017. That's more than 80% of the cumulative cash from operations NVIDIA has generated over that time period. AMD can't afford to pay dividends and has diluted shareholders as it issues stock to shore up its balance sheet.

AMD may steal the spotlight in the short term with its new Vega-based GPUs, but I still feel more comfortable betting on NVIDIA rather than AMD as a long-term investment.