On July 27, chip giant Intel (NASDAQ:INTC) announced its second-quarter results and filed its form 10-Q for the quarter.

In combing through the form 10-Q, I came across two notable bits of information. Let's look at them. 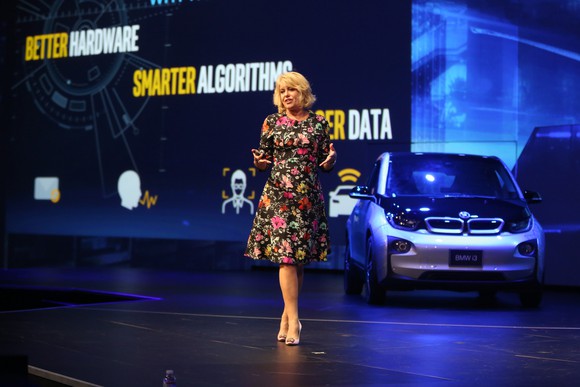 In 2014, Intel announced that it planned to invest up to $1.5 billion to acquire about 20% of China-based mobile-chip specialist Spreadtrum from Tsinghua Unigroup. The company also, according to its most recent 10-Q filing, said it "entered into a series of agreements" with Tsinghua Unigroup "to, among other things, jointly develop Intel architecture- and communications-based solutions for phones."

Intel says that in 2015 it plunked down $966 million "to complete the first phase of the equity investment" in Spreadtrum. The company doesn't appear to have completed the rest of the investment, and it's not clear whether it still intends to.

The interesting thing in the second-quarter 10-Q filing related to this Spreadtrum deal is that the company "reduced [its] expectation" of Spreadtrum's future business performance because of "competitive pressures." This, Intel says, led to a $147 million "other-than-temporary" impairment charge.

Intel's luck with its mobile-related investments, either organic or inorganic, seems to be rather poor.

Intel reported that its Internet-of-Things group (IoTG) saw 18% revenue growth year over year to $720 million. Its IoTG platform-related revenue (e.g., CPUs and chipsets) was up 17% to $614 million, while its non-platform revenue in the segment surged 26% to $106 million.

A "richer mix of products sold" means Intel's IoTG customers bought higher-end products during the quarter than they did in the year-ago period.

The operating income in this segment grew to $139 million during the quarter, up from just $89 million in the prior quarter. In terms of operating-margin percentage, Intel saw an expansion from 15.6% in the same period a year ago to 19.3% -- a nearly 400-basis-point improvement in operating margin.

The company says the bump in operating income was "driven by higher gross margin from IoTG revenue, partially offset by higher investment in autonomous driving and increased share of technology development and MG&A costs."

The increase in operating income resulting from higher sales is to be expected, but such a large expansion in IoTG operating margin, even as the company both increases its investments in autonomous driving and burdens the IoTG segment with a larger chunk of the company's shared costs, is impressive.

I wouldn't be surprised, given the commentary around richer product mix, if Intel, in addition to seeing higher average selling prices in this segment, saw higher average gross profit margin on the products it sold here.

Intel's IoTG is delivering strong revenue growth and expanding profit margin. Though it's small today, this segment is consistently proving its worth within the Intel business portfolio and, over the long term, should autonomous driving become a big thing, could become a fairly large part of Intel's business.

Kudos to the Intel IoTG team.