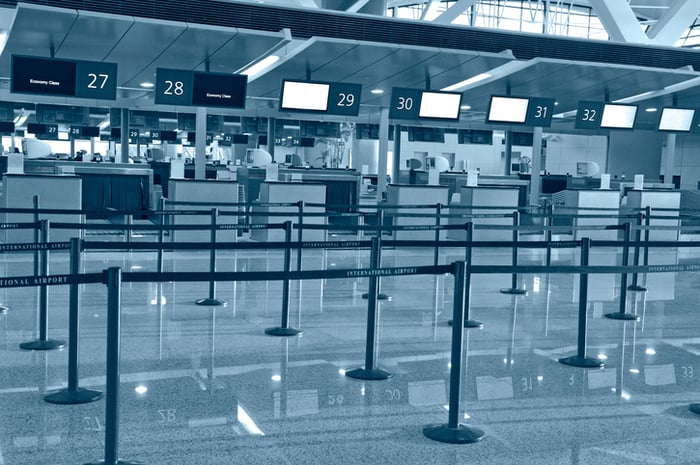 During the company's earnings conference call with analysts, GAP CEO Fernando Bosque discussed one of the biggest factors behind the company's double-digit growth -- avid airline route expansion at its airports by both domestic and international carriers:

There was also significant network expansion from the airlines in our network this quarter. Interjet and Volaris, for example, were among the most active in new domestic route launchings internationally. Several new routes were launched by Swift Air out of Montego Bay, and Southwest and Alaska ran new routes out of Los Cabos.

Bosque outlined the importance of GAP's largest airports, describing the new airline capacity in terms of seats added in these markets:

The examples cited by Bosque underscore GAP's positioning in some of Mexico's most important cities, which positions it well for revenue growth as the Mexican economy continues to expand.

Grupo Aeroportuario released full-year guidance a week before its earnings release. With a range of plus or minus one percent, the company expects the following increases for 2017:

So far, in the first half of 2017, GAP is exceeding all its targets. Traffic is up nearly 13%, and both aeronautical and non-aeronautical have increased more than 22% in the first six months of the year. The company has achieved an EBITDA margin of 71.1% in the first two quarters of 2017. GAP heads into the back half of the year with momentum, and a reasonably good chance of hitting its full-year 2017 benchmarks.