Shares of Yirendai (NYSE:YRD) are plunging today, down by 16% as of 12:25 p.m. EDT, after the peer-to-peer lender reported second-quarter earnings.

It's difficult to find much in Yirendai's report that investors wouldn't be thrilled about. The company's loan volume grew 80% year over year, and is up by 18% from the first quarter, continuing an amazing streak of growth. Revenue grew by 61% year over year (16% from last quarter), and both loans and revenue handily surpassed the company's own expectations. 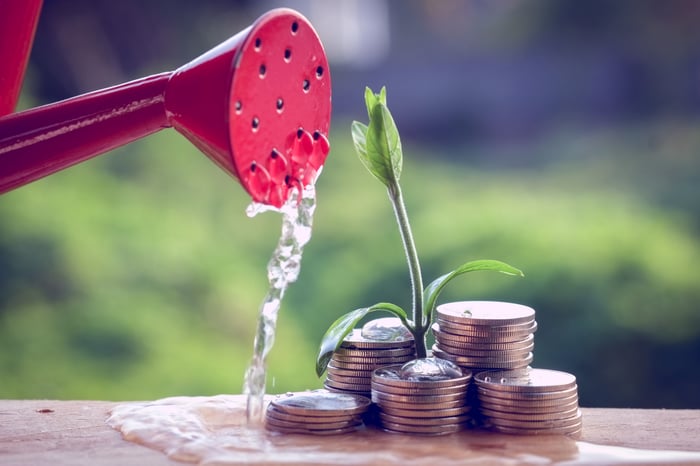 Yirendai is growing impressively, but are its costs rising too rapidly? Image source: Getty Images.

In addition, the company declared a special cash dividend of $1.50 per American depositary share which will be paid to shareholders of record as of Sept. 29, and also initiated a new dividend policy, under which the company plans to pay out about 15% of its after-tax net income semiannually.

One potential trouble spot is rising expenses. Loans and revenue increased by 18% and 16%, respectively, during the quarter, but total expenses shot up by 29%, including a 32% rise in sales and marketing expenses. This is the main reason net income fell 23% from last quarter, and grew by just 3% from last year, despite the 61% revenue growth. This could certainly be what's making investors nervous.

Yirendai's growth story doesn't seem to be slowing down just yet, and management has ambitious projections for the third quarter, including 25% quarter-over-quarter loan volume growth, and 12% revenue growth. It remains to be seen whether the company's rapid expansion can continue or not, but if today's market reaction is any indication, it seems that investors may have some doubts.