Please ensure Javascript is enabled for purposes of website accessibility
Log In Help Join The Motley Fool
Free Article Join Over 1 Million Premium Members And Get More In-Depth Stock Guidance and Research
By Matthew DiLallo - Aug 2, 2017 at 7:36AM

The Permian Basin driller is deferring some wells into 2018 due to some unforeseen drilling delays.

Pioneer Natural Resources (PXD 0.40%) once again delivered earnings that were well ahead of the consensus estimate. Driving those strong results is that production came in at the high-end of its guidance range thanks to continued robust well results in the Permian Basin. That said, the company did run into some unforeseen drilling problems during the second quarter, which caused it to tap the brakes a bit on its growth expectations for the full-year. 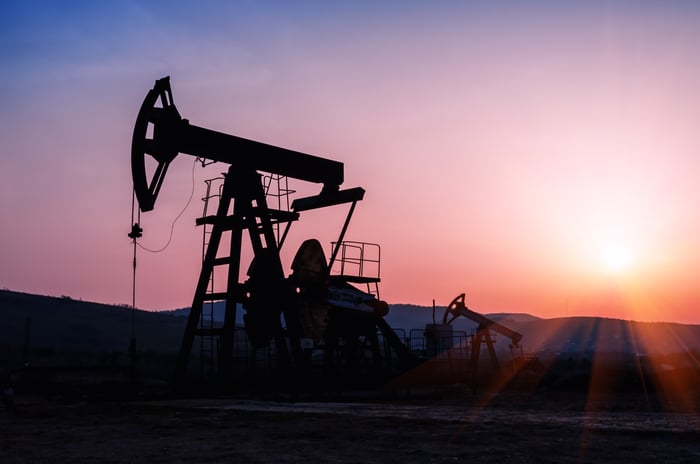 Overall, production rose 10,000 BOE/d, or 4%, versus last quarter as a 12,000 BOE/d increase from the company's Permian Basin acreage offset weaker output from the Eagle Ford Shale where the company is just starting to ramp back up. One of the reasons production hit the high-end of its guidance range was due to the stronger performance it's getting from its newest well completion techniques. In fact, wells recently completed in the Eagle Ford delivered 20% more production than what the company initially saw from nearby wells that it completed using the prior method.

Another factor driving the consensus crushing earnings performance is that production costs continue to fall. During the quarter, production expenses were $6.19 per BOE, which is down from $6.31 per BOE last quarter and $6.79 per BOE in the year-ago quarter. For comparison's sake, Permian rival Diamondback Energy's (FANG 0.35%) cash operating costs were $7.66 per BOE during the second quarter, though that's down 17% from just last quarter. 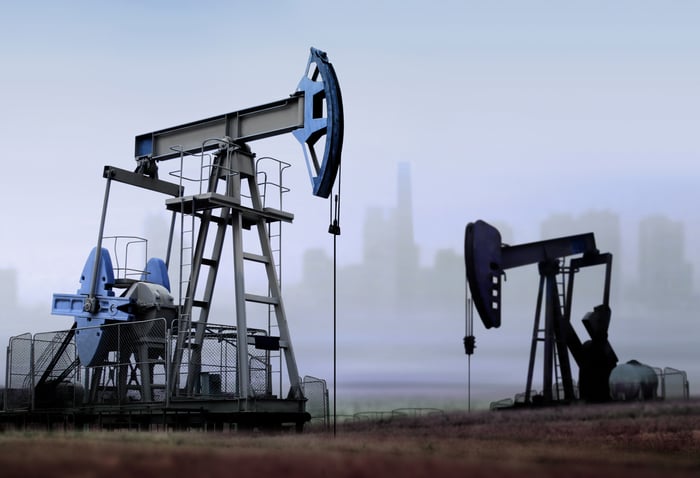 In no rush to catch up

That said, not everything was rosy for Pioneer Natural Resources this quarter. The company's outlook disappointed once again after unveiling that it only expects to complete 230 wells this year, which is 30 fewer than its initial expectations. Because of that, it's now guiding that production will only rise 15% to 16% this year versus its original guidance range of 15% to 18% year-over-year growth.

CEO Tim Dove commented on the change, stating in the earnings release that,

On the one hand, this is a disappointment because the company isn't growing as fast as expected due in part to an operational issue as opposed to a planned decision to slow down due to weaker oil prices. That makes it look bad considering that Diamondback Energy, for example, increased its full-year guidance range this quarter by 5% at the midpoint due to robust well results. Further, Diamondback can achieve that robust rate even though it's reducing its spending plan from a range of $800 million-$1 billion down to $800 million-$950 million. Likewise, EOG Resources (EOG 0.29%) increased its 2017 growth guidance. In EOG Resources' case, it now expects oil production to grow 20% this year, up from its previous forecast of an 18% increase. Better yet, EOG can achieve that higher rate while maintaining its capital budget.

That said, as Dove references, oil prices have been lower than expected this year, so there's no rush to get these wells finished. That's why it makes sense to trim spending and defer these wells into 2018 in hopes that prices will be higher. That's what several other rivals have chosen to do, including Sanchez Energy (NYSE: SN), which not only trimmed its rig fleet from eight to five, but will push back the timing of several well completions into the early part of next year. While that will slow Sanchez Energy's production ascent, it's a prudent move considering the current environment.

The market will likely be disappointed that Pioneer is tapping the brake by not rushing to complete more wells this year. That said, given the weakness in crude prices over the past few months, there's no need for the company to get these wells online this year since the market doesn't need more oil at the moment. What's more important is that Pioneer is not only still growing at a healthy clip but making good money doing so even though prices are low. Those earnings are what will create value for investors in the long-run, which is why I wouldn't get too worried that the company is holding back the throttle a little bit at a time when prudence isn't a bad thing.