Patent litigation has reached alarming levels, stifling innovation and deterring entrepreneurs from entering key fields. RPX (RPXC) has sought to solve that problem by providing risk management services, but in order to diversify its own business, it has moved into providing services related to legal discovery proceedings as well.

Coming into Tuesday's second-quarter earnings report, RPX investors didn't have high hopes for the company, looking for year-over-year drops in both earnings and revenue. RPX wasn't able to boost its top line, but surprising strength on the net income front offered hope for the future despite some mixed moves on guidance for the remainder of the year. Let's look more closely at RPX to see how it did and what's ahead for the company going forward. 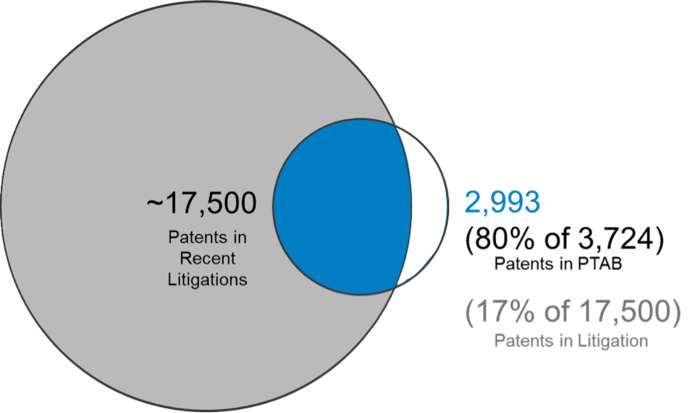 RPX's second-quarter results were mixed. Revenue dropped 3% to $80.4 million, which was slightly worse than the 2% sales decline that most of those following the stock were looking to see. However, adjusted net income climbed by 1% to $9.2 million, and the resulting $0.18 per share in earnings compared quite favorably to the consensus forecast among investors for $0.13 per share.

Taking a closer look at RPX's results, the company saw both sides of its business struggle for growth. The patent risk management services segment suffered about a 3% drop in revenue, making up about three-quarters of everything that RPX brought in during the quarter. Discovery revenue also had its first year-over-year comparison, and as some feared last quarter, it too posted a roughly 3% decline from year-ago levels.

RPX also kept working to boost the size of its patent protection business, but its spending on new patent-related transactions fell sharply. The company posted nine patent transactions involving $10.5 million, with counts down by more than half and the total spent declining by nearly two-thirds.

CEO Marty Roberts was pleased with the way that RPX outperformed on the bottom line. "We are pleased that our increased operational focus is already showing positive results," Roberts said, "allowing us to exceed our adjusted EBITDA target on in-line revenues." The CEO also pointed to efforts to promote further growth.

Can RPX return to fast-growth mode?

In particular, RPX thinks that it can build out the scope of what it does for its clients in order to tap into demand. In Roberts' words, "We continue to develop strategic initiatives and opportunities to expand our service offering."

RPX's guidance for the third quarter wasn't encouraging. The company expects revenue of between $81 million to $84 million, and adjusted net income of $7 million to $9 million implies earnings of roughly $0.14 to $0.18 per share. The consensus forecast was for sales of $83 million, but investors had wanted to see $0.20 per share in earnings.

RPX also narrowed some of its ranges for its 2017 full-year guidance. Total sales of between $319 million and $339 million pulled in both the top and bottom edges of the range by nearly the same amount, and new predictions for adjusted income of $32 million to $38 million works out to $0.64 to $0.76 per share. The new earnings range aims toward the lower end of the previous wider range.

Further leadership changes are also coming for RPX. The discovery subsidiary's CEO, Trevor Campion, left the company effective Aug. 1, with Paul Mankoo moving up to take the CEO role. The move wasn't controversial, but it does mark yet another shift within upper management within the RPX network of companies.

RPX investors didn't have an immediate reaction to the news, with the stock remaining unchanged in after-hours trading following the announcement. Investors will have to wait to see what strategic direction RPX comes up with so it can get its revenue moving back in the right direction again.

4 Things to Know About RPX Corporation
401%