Copa Holdings (NYSE:CPA), operator of Latin America's Copa Airlines, is enjoying a resurgence in passenger demand that has fueled a big rebound in its business -- as well as its share price. With the stock up around 39% year to date, and up roughly 86% over the past 12 months, can these good times continue? Here are some of the key items I'll be looking for when Copa reports its second-quarter earnings on Aug. 9. 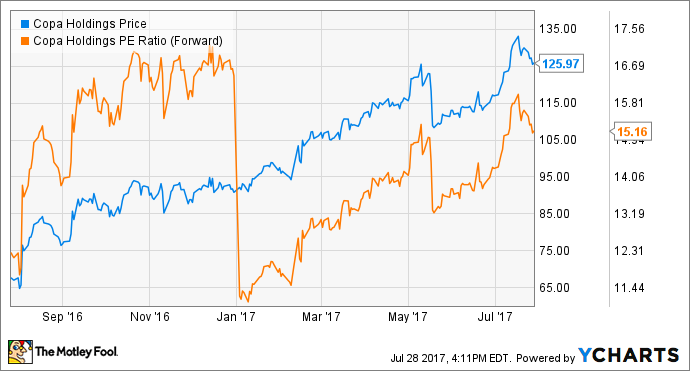 To make a long story short, Copa experienced a sharp decline in demand throughout 2015 and most of 2016, as economic conditions deteriorated in several of its primary markets. In the fourth quarter of 2016, Copa saw its first increases in passenger yields -- the average price paid per mile, per passenger -- in over a year. With currencies stabilizing and demand continuing to improve, that trend continued in Q1 2017, as yields rose again. Copa says it now expects that demand will continue to improve through the rest of the year. 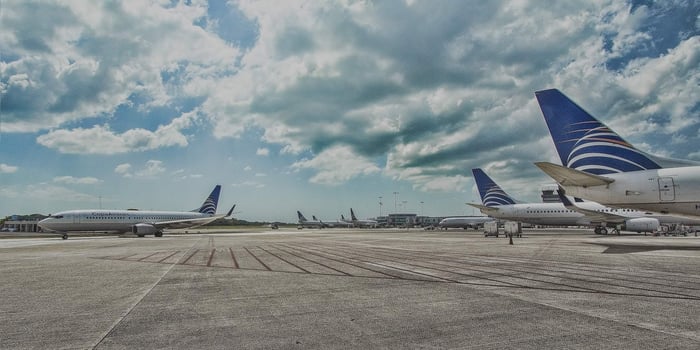 Management also noted that the recovery appears to be taking hold not just in a few countries, but throughout Copa's network. Economic snapshots of the region appear to confirm this. According to Focus Economics, the Latin American economy as a whole returned to growth in Q1 2017, expanding by 0.8% after almost two years of decline. And the International Monetary Fund now projects Latin American GDP growth of 1.1% in 2017 and 2% in 2018.

What to watch for: Management comments on regional demand patterns. Updates on the countries that have caused Copa the most pain in the past -- particularly Brazil, Colombia, and Venezuela.

Analysts are, on average, expecting Q2 2017 revenue of $564.12 million, which would represent 14.1% growth over last year. Last quarter, Copa missed top-line estimates, but the market largely shrugged it off as unit revenue and passenger yields continued to trend in the right direction -- not to mention the beat on the bottom line. I believe the same measuring stick should be applied this quarter. Hitting an arbitrary revenue number is a lot less important than showing that unit revenue and yields have further room to improve.

What to watch for: An acceleration in top-line growth, plus increases in unit revenue and passenger yields, would underscore that Copa's recovery is in full swing. In addition, Copa is guiding for full-year 2017 RASM to increase by roughly 3%, so look for confirmation that this target remains realistic.

Before 2015, Copa used to routinely achieve operating margin of 19% or more. But the prolonged period of weak demand caused this metric to drop sharply -- all the way to 11.8% in 2015 and 12.4% in 2016. With demand now on the upswing, Copa is finally seeing fares rise again, which -- combined with some excellent cost management -- is helping push its margin back to the healthy levels of the past.

In Q1 2017, with Copa's unit revenue rising much more than its unit costs, the company managed to boost its operating margin to 19.1%, up 2.2 percentage points from the previous year. For full-year 2017, management is guiding for operating margin of 15% to 17%. And on its last earnings call, the company says it now expects to come in at the high end of that range. Longer-term, management believes it can get back to the 18% to 20% range.

What to watch for: Investors will want to see management affirm that the company can hit -- or at least come close to -- that 17% margin number. Better yet, if Copa raises its full-year margin guidance, it would be another strong sign that its business is back to firing on all cylinders.

Even after its strong march upward this year, Copa's shares currently trade at a forward P/E of just 15 or so. While the airline's success will continue to rely on strengthening Latin American economic conditions, if it reports another solid quarter, I wouldn't be surprised to see the stock take off once again.