So far, 2017 is shaping up to be the best year for Globus Medical (NYSE:GMED) shareholders in quite a while. The musculoskeletal implant manufacturer posted great numbers for the first quarter. Globus Medical stock has outperformed the broader market this year, despite a pullback over the last month.

This good track record was at risk, though, as Globus Medical announced its second-quarter results after the market closed on Wednesday. Globus didn't disappoint, however, turning in yet another solid performance. Here are the highlights. 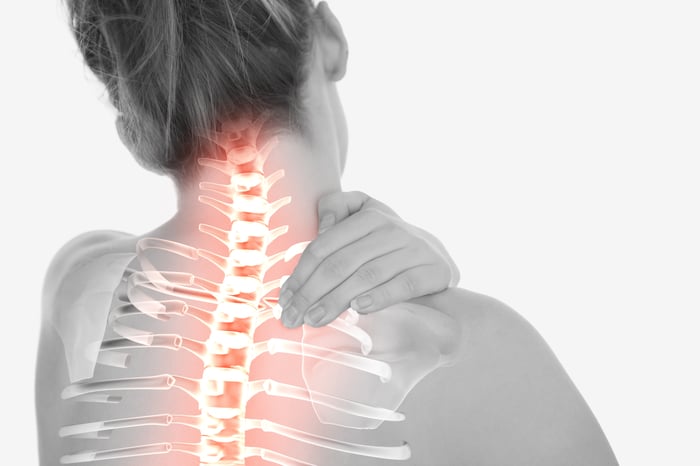 What happened with Globus Medical this quarter?

Globus Medical's U.S. sales increased by only 1.2% year over year. However, international sales soared 104.5% over the prior-year period. This big jump resulted from the company's acquisition of Alphatec last year.

Even with Alphatec's operations, though, the U.S. remains Globus Medical's primary market. The company reported $123.3 million in U.S. sales for the second quarter, compared with $26.1 million in international sales.

Gross margin slipped a bit in the second quarter to 75.6% from 76.2% in the prior-year period. Globus also spent more in nearly every area, with selling, general, and administrative expense rising the most with a nearly 21% year-over-year increase. However, a $3 million provision for litigation in the second quarter of 2016 helped make year-over-year comparisons of total operational spending look better than they otherwise would have.

Globus Medical Chairman and CEO David Paul said, "We are pleased with our performance during the second quarter. We made significant progress with competitive rep hiring, further expanded our in-house manufacturing capacity, and continued to run an extremely efficient organization with best in class adjusted EBITDA margins."

He added, "We remain confident in our long-term growth prospects and our ability to sustain industry-leading profitability by continuing to execute on our strategy of rapid product introduction, expansion of our U.S. and international sales footprints, and diligent expense control."

Globus Medical reaffirmed its full-year 2017 guidance. The company still expects sales of $625 million and non-GAAP fully diluted earnings per share of $1.27 for the year.

Perhaps the biggest thing that investors can look forward to is Globus Medical's entrance into the robotic surgical systems market. So far, the company hasn't been a key player in the rapidly growing market, with Mazor Robotics (NASDAQ:MZOR) enjoying a commanding lead in the area of spinal surgery. Globus should make its market in the not-too-distant future, though.

The company developed its Excelsius GPS system for minimally invasive and open orthopedic and neurosurgical procedures. However, the FDA rejected the company's 510(k) filing in May. That should only be a short-term issue for Globus, though.

Another big step for Globus Medical was announced on Wednesday along with its second-quarter results: the close of its acquisition of Swiss robotic developer KB Medical, whose AQRate system helps precisely position surgical instruments and spinal implants during general spinal surgery. The company appears to be a great fit for Globus.

It remains to be seen if Globus will be able to catch up with Mazor in the robotic surgical systems market. It might not matter if it does, though. There should be plenty of room for multiple winners.