Shares of Pacific Ethanol (NASDAQ:ALTO) leapt nearly 32% this morning after investors decided two straight days of big declines was a bit overdone. The ethanol producer reported second-quarter 2017 results on the afternoon of Wednesday, Aug. 2, but other leading producers have been reporting all week. An unusually weak second quarter of the calendar year for Green Plains and Archer Daniels Midland hinted that Pacific Ethanol wasn't going to do much better. It didn't.

But at least one fund or investor saw an opportunity. A single trade shortly after the market opened on Thursday gobbled up 181,000 shares of Pacific Ethanol stock, which is about 25% of the daily average trading volume. The stock has fallen closer to Earth since, but that purchase appears to have set the tone for today. As of 12:12 p.m. EDT, it had settled to a 13.1% gain. 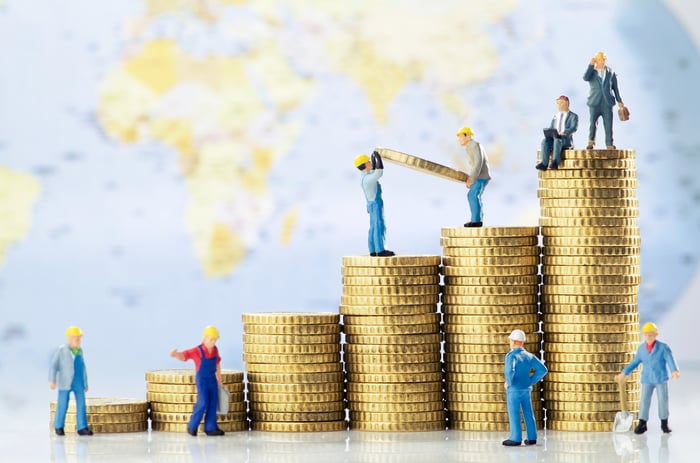 Pacific Ethanol reported total revenue of $405 million during the second quarter of 2017, about 4% lower than the year-ago period, despite selling slightly more gallons than it did this time last year. That's because ethanol prices have slipped in the first half of 2017, while prices for blending credits have not shown much strength, either.

Why are prices down? The United States is producing record amounts of ethanol each month. Exports are also at record levels, but domestic inventories have still swelled as a result of the production bonanza. That's because there's still a disconnect between production and consumption since the nation isn't willing to blend any more ethanol into its gasoline supply.

Fuel blenders are stubbornly sticking to 10% blend rates, resisting calls to increase the mandatory level to 15%. That single move would increase American ethanol consumption by about 7 billion gallons per year.

Weak pricing has squeezed ethanol margins, which was a bit unusual for the second quarter of a calendar year, and that seemed to catch Wall Street off guard. Although producers have themselves stubbornly resisted idling capacity in the last year, several announced this week decisions to idle facilities or even convert a few to make food-grade ethanol (known more affectionately as booze).

Pacific Ethanol has joined in on the trend to diversify revenue streams with higher-margin products, but did not decide to idle capacity (yet). If exports remain strong -- the United States is on pace to export a record volume of ethanol, or about 1.2 billion gallons, in 2017 -- and prices pick up, then the margin squeeze witnessed in the second quarter will be just a short-term hiccup. Still, investors will want to monitor the industry for signs of longer-term weakness.