Shares of Trinseo (NYSE:TSE), a global materials company and manufacturer of plastics, latex binders, and synthetic rubber, are down 10% Thursday as of 11:15 a.m. EDT, after the company missed bottom-line estimates for the second quarter.

Trinseo reported an 18% increase in net sales to $1.15 billion, which was higher than analysts' estimates calling for $1.08 billion, but failed to boost the bottom line to expectations. Net income checked in at $60 million, or $1.34 per share; adjusted earnings per share checked in at $1.39 per share, far below analysts' estimates of $1.81 per share. Pressure on the bottom line was driven by unfavorable raw-material timing and lower margin in feedstocks and performance plastics. 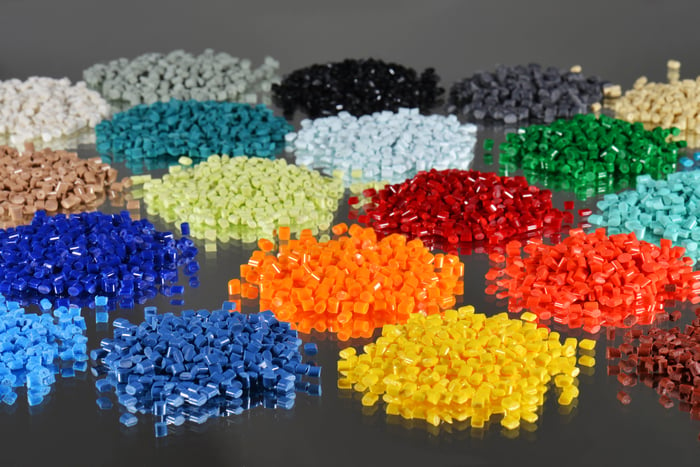 We expect strong business fundamentals through 2017 and our growth initiatives continue as planned. Our full year guidance for Trinseo remains as outlined in our first quarter earnings call with the exception of additional unfavorable net timing impacts of $55 million due to rapidly declining raw material prices in the second and third quarters.

While that is likely a biased positive spin from Pappas, investors can take some solace in the company's recent approval of a 20% dividend increase and increased stock-repurchase authorization of 2 million shares. That may give them some confidence in the company's cash flow generation. But if it wants to capitalize on its investment potential, Trinseo has to shore up the bottom line.