Shares of Chegg (NYSE:CHGG) have jumped today, up by 10% as of 1:10 p.m. EDT, after the company announced pricing for its follow-on offering. 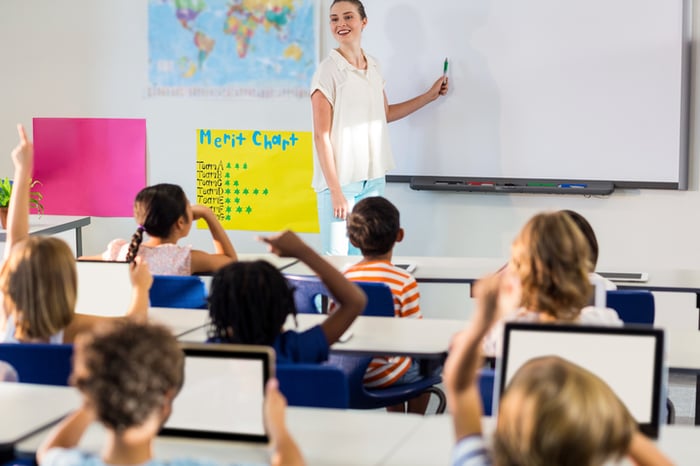 Chegg closed out last quarter with $66 million in cash on the balance sheet, after paying out $21 million to the founders of Imagine Easy, which it acquired in 2016. Even though that deal closed in May 2016, it included deferred payments. The good news is that the acquisition is exceeding Chegg's expectations thus far.

Based on the pricing, the offering will raise $135 million in gross proceeds before taking into account underwriter fees or the possibility of underwriters exercising options. Chegg had previously estimated that its net proceeds from the offering would be $107.5 million to $123.7 million (depending on whether or not underwriters exercised their options in full), but that was before increasing the number of shares being offered.