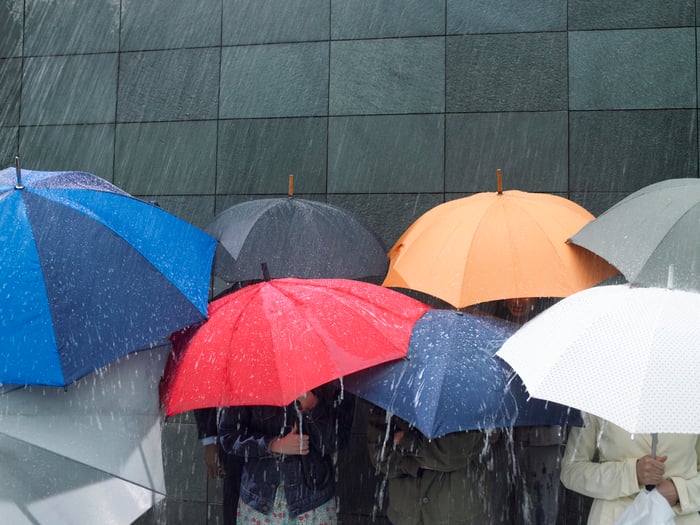 What management has to say

In a press release, CEO Matt Ouimet highlighted some of the key factors helping to fuel Cedar Fair's growth:

We continue to see the resilience of our business model and the underlying demand for our products remains strong. Our investments in new rides and attractions, special events and high-quality group catering facilities are further differentiating Cedar Fair from other group entertainment options. We have also enhanced our water park business model by improving the overall guest amenities and increasing the quality and capacity of our food and beverage offerings within these venues. These investments, combined with the expansion of our operating season into November and December with the introduction of our WinterFest celebration at three more parks in 2017, have us on track to achieve our eighth consecutive year of record results.

However, Ouimet said during a conference call with analysts that achieving $500 million in adjusted EBITDA this year "has gotten more difficult" as unfavorable weather negatively impacted early season attendance at several of Cedar Fair's parks.

Still, Ouimet is optimistic that Cedar Fair remains on track to deliver strong results in 2017:

Although results for the first half of the year were softer than we would have preferred, there are several factors which support our forecast of an eighth record year. First, our July results were solid. In fact, this was one of the best July's in the company's history. Second, record sales of season passes and season pass related products produced a $20 million increase in deferred revenue as of the end of the second quarter. Obviously all of this will ultimately be recognized over the balance of the year. Third, group bookings for the balance of 2017 are trending meaningfully ahead of the prior year.

Ouimet went on to note that Cedar Fair has roughly 40% of its anticipated full-year attendance still to come, so it's possible that the amusement park operator can make up for its early season shortfalls.