Fossil Group (NASDAQ:FOSL) has suffered through one of the worst periods of its history recently. The fashion-conscious watchmaker benefited greatly from past periods of popularity for watches and other accessories, but lately, advances in the field have threatened to leave Fossil behind. After poor holiday results, Fossil had to convince investors that future product launches would be able to reverse its poor performance in time.

Coming into Tuesday's second-quarter financial report, Fossil investors were ready to be somewhat patient with the watchmaker. However, Fossil did even worse than many had expected, and even though the company remains optimistic about its long-term future, many shareholders seem to have lost confidence in the business going forward. Let's look more closely at Fossil Group and how its latest results shed light on what's coming down the road. 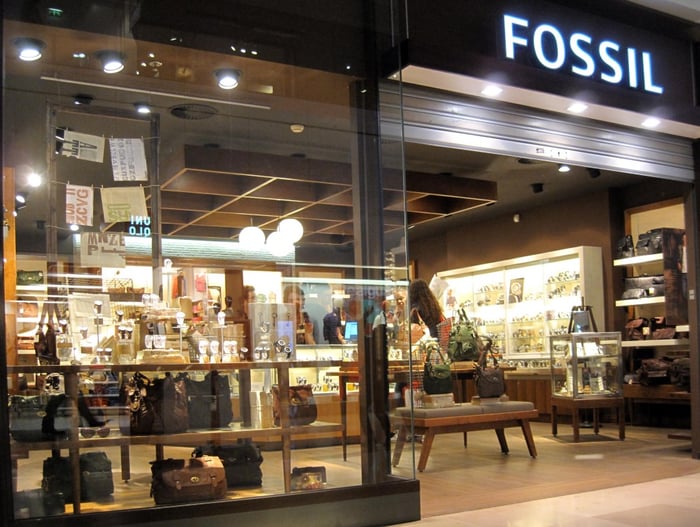 Fossil Group's second-quarter results were surprisingly poor. Net sales were down 13% to $596.8 million, which was well under the $618 million in revenue that those following the stock had wanted to see from the watchmaker. GAAP net losses ballooned to nearly $345 million, although after accounting for massive impairment and other extraordinary charges, adjusted net losses of $0.23 per share were actually better than the consensus forecast among investors.

Looking more closely at the report, Fossil again had to deal with currency impacts. The strong dollar likely cost Fossil about $0.05 per share in earnings and about 1.5 percentage points of revenue. In constant currency terms, sales dropped by 12%.

Fossil's operational numbers remained under pressure. Global retail comparable sales figures fell 11% compared to last year's second quarter, matching its decline from the first quarter. All of Fossil's products and geographical regions showed weakness. Net sales in the Americas remained the worst performer, falling 16%, while European sales fell 10% and Asian top-line results were down 9%. Universally, traditional watches showed weakness that Fossil could only partially offset with growth in connected watches. Leathers and jewelry sales were also extremely weak across the board, with product revenue falling 20% to 25% for those two categories.

Fossil also suffered declines in gross margin, which was down almost a percentage point and a half to 50.5%. Higher promotional activity in outlet stores and the e-commerce channel weighed on profitability, as did a shift toward connected watches that carry lower margins. Even a rise in more lucrative international business could only partially offset the negative impact.

Can Fossil dig itself out of its hole?

CEO Kosta Kartsotis tried to focus on a way to succeed going forward. "We believe that our traction in wearables," Kartsotis said, "our significant progress in our supply chain evolution, and our reduction in infrastructure costs show that we are pursuing strategies that can improve our profitability." The CEO also pointed to a "retail environment experiencing unprecedented disruption" in holding the company back.

In particular, Fossil sees exciting new products that could make Fossil a more important player in the modern wearables space. Improved functionality and more stylish offerings could put the company in a better position to compete against other players in the watch space.

Yet Fossil gave downbeat guidance yet again. For the third quarter, sales will likely fall 8% to 14%, with losses of $0.11 to $0.44 per share. The watchmaker also cuts its full-year 2017 projections, with a new range of sales declines of between 4.5% and 8.5% marking about a three percentage point decline from previous guidance. Full-year losses now reflect the massive impairment charges that Fossil took, with a guidance range of $6.62 to $7.42 per share in red ink for 2017.

Fossil investors went into a meltdown about the numbers, and the stock plunged 21% in after-hours trading following the announcement. The watchmaker is running out of time, and shareholders should expect the coming holiday season at the end of 2017 to be crucial in determining whether Fossil can truly recover from the difficulties it has faced in recent years.