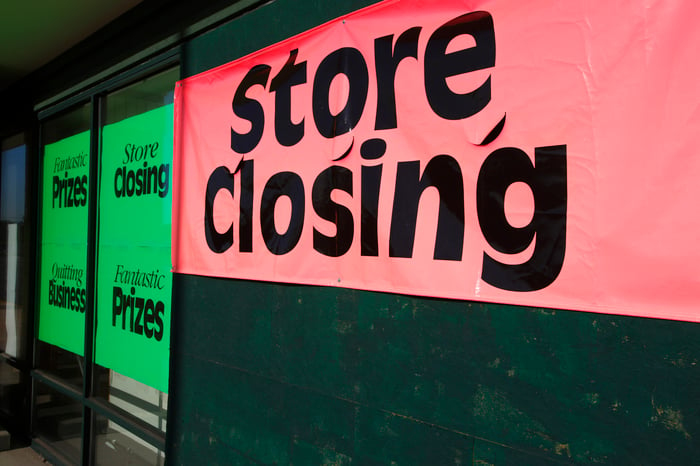 A number of retailers are in danger of closing for good. Image source: Getty Images.

When you walk through many malls, it's hard to not notice that a number of storefronts have been covered up.

Some shopping centers have done a good job covering the empty spaces. Vending machines or displays for stores in other parts of the mall often cover the vacancies.

Not every retailer is struggling, but a number of mall staples, including Radio Shack and BCMG Max Azria, have either mostly or entirely disappeared. In addition to chains that have already closed up shop, a number of others have been closing stores as they fight to remain relevant in a market where digital retailers and discounters continue to grow.

In April, S&P Global Market Intelligence identified 10 companies that run the risk of going out of business this year. At the time, senior analyst Camilla Yanushevsky told CBS News by email about the market conditions that have pushed some retailers to the brink.

"General merchandise stores and apparel retail are feeling the threat from convenience provided by online retailers," she wrote. "Bankruptcies will likely continue in 2018 and beyond. Retailers that fail to adjust to changing consumer preferences will be the most at risk."

Of that list of 10, not all will close, but some have already taken steps in that direction. Here's an update on the list of names that may not live to see 2018. 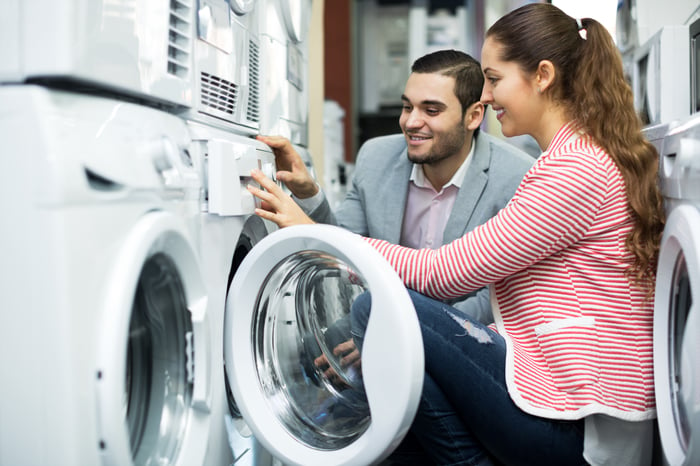 While the potential demise of Sears Holdings (NASDAQ:SHLDQ) gets lots of media attention, many people may not realize that the chain spun off its Sears Hometown and Outlet (NASDAQ:SHOS) branded stores in 2012. The offshoot has struggled much like its former parent company.

Sears Hometown and Outlet lost $17.8 million in Q1 and saw same-store sales drop by 7.3%. CEO Will Powell, however, remains optimistic and issued remarks in the chain's Q1 earnings release that sound a lot like what Sears Holdings CEO Eddie Lampert says every quarter.

"While our performance in the first quarter was below expectations, we are optimistic about the long-term outlook for the company," he said. "We are continuing implementation of our strategic plan to significantly change our business model by attracting new customers to our stores, transitioning to a true omnichannel retailer through new IT systems and online capabilities, optimizing our store portfolio, making improvements to our merchandise assortments, and significantly reducing our expenses." 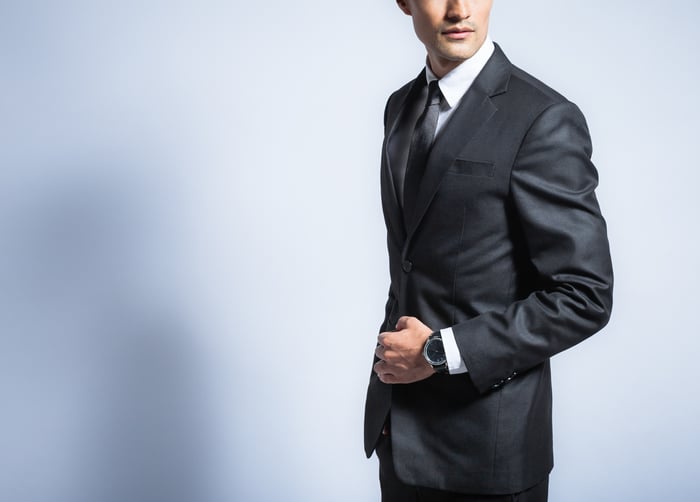 While you may not know its name, Tailored Brands (NYSE:TLRD) owns Men's Wearhouse, Jos. A. Bank, and a number of other retail brands. The company has struggled, but in Q1 it showed signs of stabilizing, delivering earnings per share of $0.03. That number looks worse than it was because it included a one-time negative of $0.024 per share from the termination of the company's money-losing partnership with Macy's.

The company forecasts EPS of $1.37-$1.67 in fiscal 2017. CEO Doug Ewert believes the chain has turned a corner and expressed as much in the Q1 earnings release.

"We are gaining traction on our initiatives of engaging more customers across all channels, strengthening our omnichannel experience and increasing sales of custom clothing," he said. "These initiatives support our strategy to innovate the best men's specialty store of the future by delighting our customers with an unmatched level of convenience, authority, and personalization." 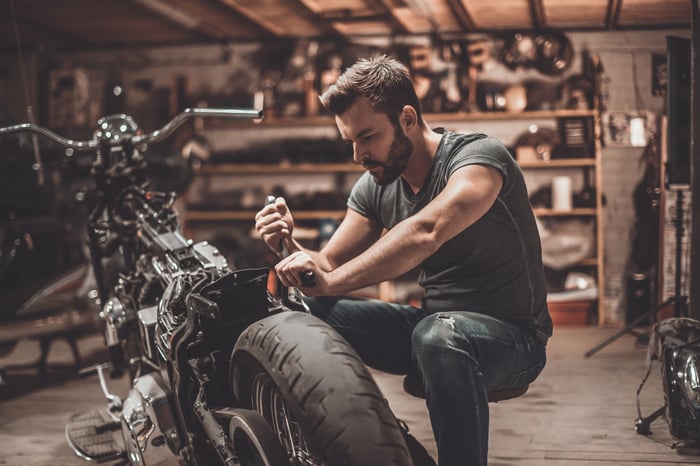 Although it's not a mall retailer, Fenix Parts has fallen victim the same market forces that have hurt many chains. The recycler and reseller of auto parts has suffered as digital marketplaces have cut into its business.

The company saw its share delisted by the Nasdaq, after which it moved to the over-the-counter "Pink Sheets" market where smaller public companies trade. In addition, Fenix failed to meet deadlines in the past year for its required quarterly reports. Another chain being hurt by a decline in mall traffic, Perfumania Holdings now trades as a penny stock. The company does still report earnings, and the latest numbers were not good. In June, the chain reported losing $9.7 million in the first quarter of its fiscal year. 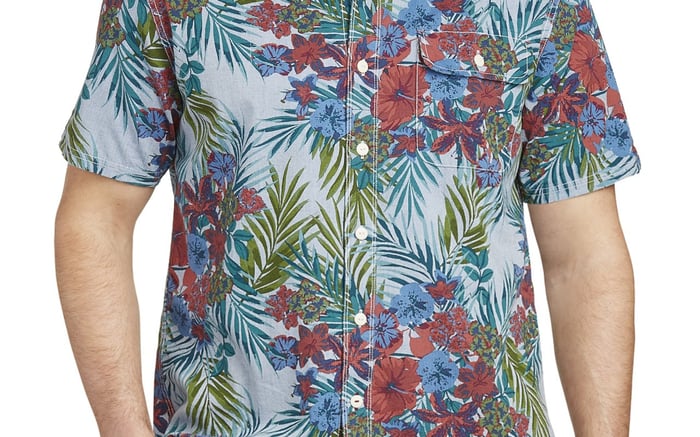 A chain that sells clothing for big and tall men, Destination XL (OTC:DXLG), saw rising losses and falling comp sales in its most recent quarter. Total sales were basically flat, coming in at $107.7 million, compared with $107.9 million in the year-ago quarter. Comparable-store sales, however, dropped by 2.1%, and the chain's loss increased from $0.2 million in Q1 2016 to $6.1 million this year.

CEO David Levin expressed his happiness over the results in the Q1 earnings release. He also made it clear that he believes the chain stands on solid ground.

"A recent report, which has been repeated by various media outlets, has called into question our ability to repay our debt. This report inaccurately assesses our financial position and business outlook," he said. "We ended fiscal 2016 with over $57.0 million of unused, excess availability under our credit facility and a debt-to-EBITDA ratio of 2.0. We remain on track to generate free cash flow of $15 [million] to $20 million, which will be used to repay our debt and repurchase our shares in the open market." 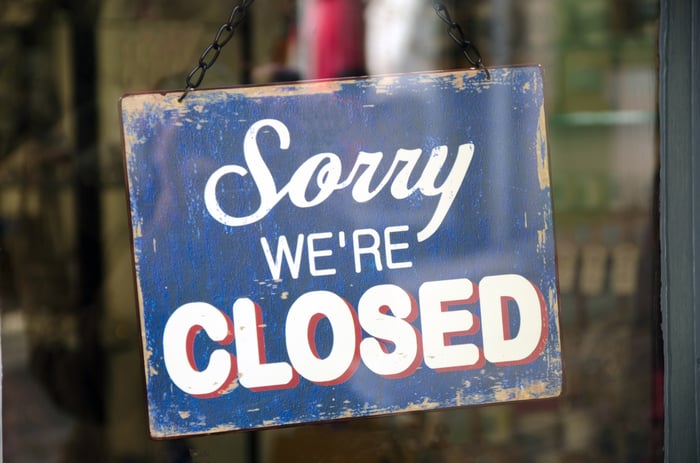 Bebe has closed all its stores. Image source: Getty Images.

Struggling Bebe closed all its remaining stores in May, according to a regulatory filing. It has not gone entirely out of business, however. It still sells clothing and other merchandise on its website. 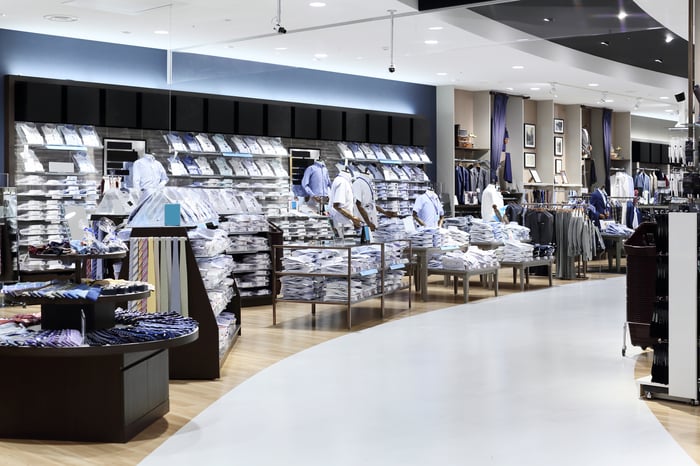 Bon-Ton (NASDAQ: BONT) has been steadily closing stores as it continues to report lousy results. In Q1, the company saw comparable-store sales drop by 8.8% over the previous year. It also lost $57.3 million, or $2.86 per share, compared with net loss of $37.8 million, or $1.91 per share, in the first quarter of fiscal 2016. CEO Kathryn Bufano, president and chief executive officer, however, remains hopeful, although not about the chain's stores.

"Our first-quarter results did not meet our expectations due primarily to weak mall traffic trends, unfavorable weather, and marketing challenges associated with the Easter calendar shift," she said. "That said, our omnichannel business once again generated double-digit growth, and we continued to expand our merchandise offering with highly recognized brands, as well as exclusive and private brands that resonate with our customer." 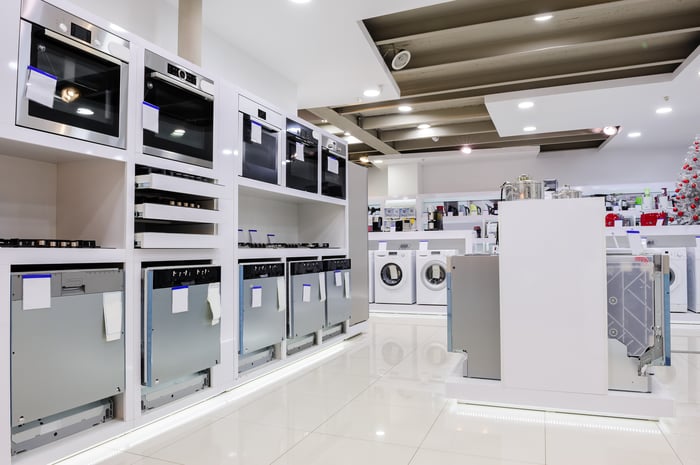 One of the less famous names on this list, Appliance Recycling Centers of America (NASDAQ:ARCI), has seen its shares fall to below $1. The company, which trades on one of the lesser ancillary Nasdaq penny-stock exchanges, hasn't reported results in nearly a year, though it has been issuing non-financial press releases. 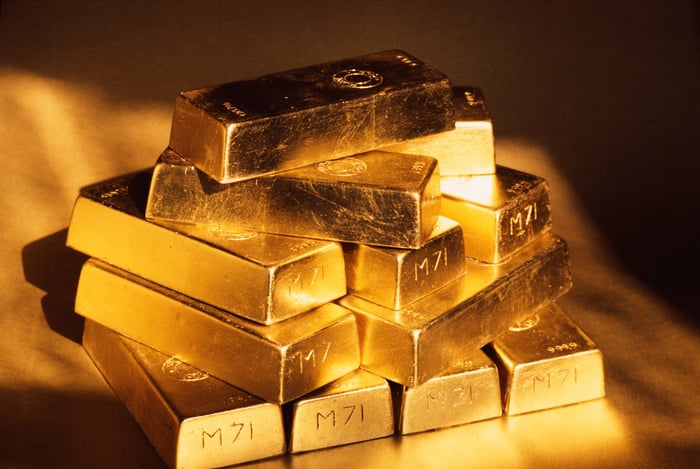 Unlike the other companies on this list, DGSE may have righted its ship. The company, which wholesales and retails jewelry, diamonds, fine watches, precious-metal bullion, and rare coins, made a slight profit in Q1, earning $0.10 per share, up from a $0.06 loss in the year-ago period.

"These encouraging first-quarter numbers reflect what we believe is the beginning of a change of course toward profitability for DGSE following implementation of significant new business strategies," said CEO John Loftus in a press release.

Sears continues to do everything it can to hold off bankruptcy. That includes selling off assets and borrowing more money from funds Lampert controls. This is by far the highest-profile brand on this list, but it's hard to see how the iconic retailer will last much longer. The company continues to lose money each quarter through its ongoing operations. And while it does have some assets left to sell, it's running out of time and risks having vendors refuse to supply it with goods if they decide the risk of not getting paid is too high.