When GW Pharmaceuticals (NASDAQ:GWPH) announced its fiscal third-quarter results on Monday, the company provided plenty of information about its performance during the quarter. There were at least 100 figures in those results, including third-quarter and year-to-date performance.

GW's share price dropped around 3% in after-hours trading following the company's release of its third-quarter results. However, it wasn't any of the numbers in the update that caused this decline. Instead, one word caused investors' disappointment. 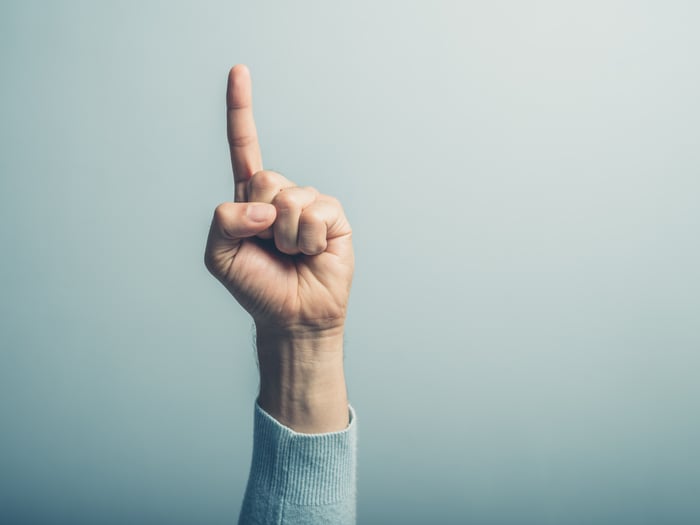 GW Pharmaceuticals had been saying up until Monday that it would be filing for regulatory approval of Epidiolex as a treatment for Dravet syndrome and Lennox-Gastaut syndrome (LGS) in the middle of 2017. However, the company changed its tune with its third-quarter update. GW now anticipates submitting the new drug application (NDA) to the U.S. Food and Drug Administration (FDA) in October of this year.

That one word -- October -- threw investors, who were counting on a faster path for approval of Epidiolex. It's only a three or four month delay from initial expectations, but with the high hopes surrounding GW's cannabinoid drug, even a relatively short delay hurts. As the old saying goes, time is money.

Justin Gover, GW Pharmaceuticals' CEO, mentioned in the earnings conference call that part of the NDA, the preclinical module, has already been submitted. Submission of the clinical module is underway. The lone hold-up is the final chemistry, manufacturing, and controls (CMC) section, which the company plans to file in October.

From a practical standpoint, the delay of the Epidiolex filing took precedence over any of GW Pharmaceuticals' actual quarterly results. However, there were a few key numbers that matter for the company.

Probably the most important figure for GW's immediate future is its cash stockpile. The company reported cash and cash equivalents of $369.5 million at the end of June. That should be enough to carry GW Pharmaceuticals at least through the end of 2018.

GW made a little over $3.1 million in revenue, primarily from sales of its only approved cannabinoid drug, Sativex. That top-line figure, though, isn't as important as its expense numbers. The company's research and development spending increased 30% year over year to $36.3 million. Sales, general, and administrative expense also jumped 30% over the prior-year period to $15.3 million. This higher spending is to be expected as the company anticipates a potential launch of Epidiolex next year and advances its pipeline candidates.

As already mentioned, the main upcoming event for GW will be the submission of the NDA for Epidiolex to the FDA in October. Another major step could follow shortly afterward -- filing in Europe, which is projected for the fourth quarter of this year. GW has already held pre-submission meetings with the European Medicines Agency.

There are also other significant milestones for Epidiolex coming up. GW Pharmaceuticals expects decisions on some key patents for the drug perhaps as early as the end of 2017, although some decisions could extend into the first half of 2018. GW is also ramping up its manufacturing capabilities for Epidiolex, with an FDA inspection anticipated early next year. While the key prelaunch commercial leadership team is already in place, the company will begin hiring a sales force in a few months.

GW should also have some pipeline news in the near future. Data from a phase 2 study of cannabidivarin (CBDV) for treating partial-onset epilepsy in adults is expected by late 2017 or early 2018. The company plans to initiate an open-label study in Rett syndrome and phase 2 study of CBDV in treating autism-spectrum disorders in the first half of 2018.

And, of course, there's the biggie: potential FDA approval of Epidiolex in June 2018. While anything can happen in the regulatory approval process, the odds for a thumbs-up from the FDA for the drug seem to be pretty good. The "October surprise" from GW Pharmaceuticals doesn't change that outlook at all.