Connected-home software provider Alarm.com (NASDAQ:ALRM) reported its second-quarter results after the market closed on Aug. 8. Growth accelerated compared to the first quarter, and profits surged, driven by both revenue growth and a sizable tax benefit. Alarm.com also boosted its guidance, calling for much higher non-GAAP earnings per share compared to its previous outlook. Here's what investors need to know about Alarm.com's second-quarter results. 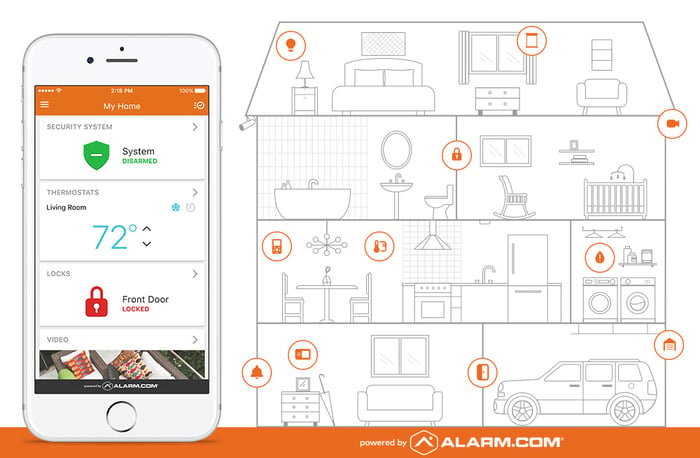 Alarm.com provided the following guidance for the third quarter and the full year:

Alarm.com President and CEO Steve Trundle commented on the quarter that "[w]e're pleased with our second quarter results and the continued performance of our service provider partners in the market. The market for connected property security, monitoring, and automation solutions continues to grow, and we further enhanced our video and commercial offerings in the second quarter."

Alarm.com's revenue growth accelerated compared to the first quarter, driven by SaaS and license sales. The bottom line was boosted by a tax benefit, although GAAP operating income soared 110% year over year thanks to higher revenue.

The company boosted its full-year guidance, adding a few million dollars to its revenue outlook and $0.22 per share to its non-GAAP EPS outlook. Earnings will grow much faster than revenue if Alarm.com hits its guidance, a positive trend especially for a small, fast-growing software company.

Alarm.com Raises Its Outlook for the Year @themotleyfool #stocks $ALRM Next Article
Current