It hasn't exactly been a secret that billionaire investor Carl Icahn holds contempt for renewable fuels. His companies, CVR Energy (NYSE:CVI) and CVR Refining (NYSE:CVRR), have often blamed government rules for eating into profits. Fuel blenders are required to submit to the U.S. Environmental Protection Agency special compliance credits, called renewable identification numbers, or RINs, to show that mandated volumes of renewable fuels are being blended into the nation's gasoline supply. If a blender's gasoline volume does not contain the required percentage of biofuels, it can buy RINs from blenders that have excess credits.

But a weird thing began happening in late 2016.

CVR Energy and CVR Refining began putting off purchases of RINs in the months leading up to and following the general election in November. In fact, the company began selling millions of them. In effect, the company was betting that the prices of the compliance credits, which are traded freely on the open market, would drop in the future. Icahn was essentially shorting RINs.

There's nothing wrong with that. However, a group of eight senators has pointed out that the unusual trading activity of CVR Refining and Icahn resulted in a $50 million profit -- an "impossible" "rare profit" -- and have requested an investigation into possible insider trading. Did the billionaire game renewable fuels markets for his own gain? 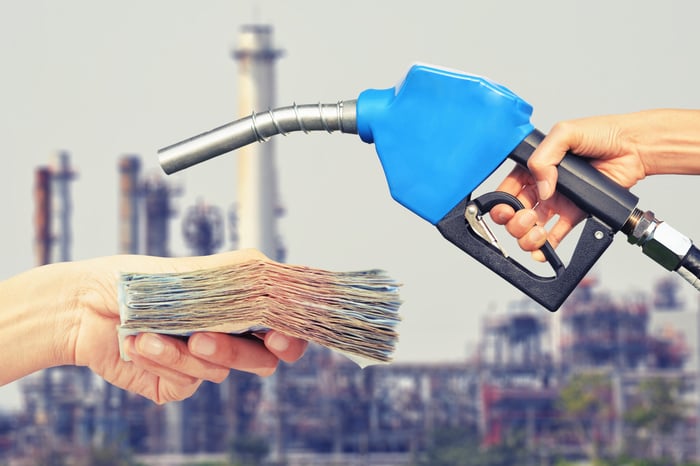 The timeline and allegations

RINs serve two purposes. First, they add value to each gallon of renewable fuel production. That provides a small boost to renewable fuel producers, paid for by refiners. It doesn't always go smoothly. Second, as mentioned above, they ensure companies responsible for blending ethanol into the nation's gasoline supply are meeting that year's EPA-mandated renewable volume obligation, or RVO, that is set under the law known as the Renewable Fuel Standard, or RFS.

The compliance credits are traded on the open market, which keeps ethanol producers from flooding the market with ethanol and allows refiners a chance to buy low and sell high (if they choose).

So, CVR Refining wasn't doing anything illegal in the last year by simply not buying RINs or reselling RINs.

But here's the potential problem: Carl Icahn was advising President Donald Trump -- first unofficially during the presidential campaign and then, beginning in late December, as a special advisor -- on matters involving the EPA and deregulation while making these market trades. In other words, there may have been a conflict of interest that essentially amounted to insider trading.

For instance, Icahn was a strong supporter of nominating Scott Pruitt to head the EPA. Pruitt was a strong critic of the RFS -- and now leads the agency. RIN prices fell 20% immediately following his nomination. CVR Energy and CVR Refining stocks hit 52-week highs. 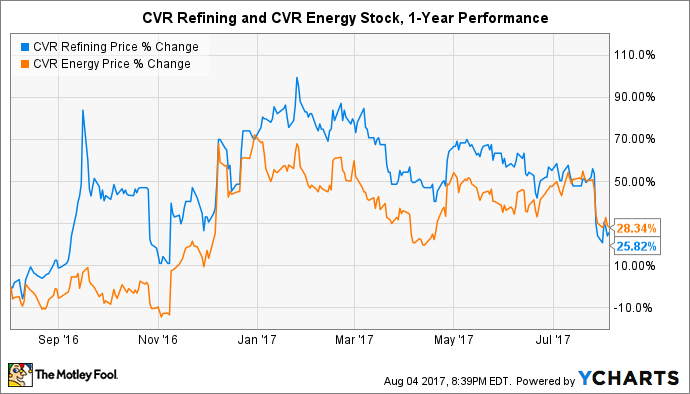 Later, in February, the media began reporting that Icahn was crafting language for new policy that would substantially modify the RFS. Around the same time, several members of Congress introduced bills to do the same -- or completely eliminate the RFS altogether. RIN prices hit a 17-month low in March. CVR Energy and CVR Refining traded at new 52-week highs during the same time.

In all, RIN prices dropped approximately 70% from the November 2016 peak to the March lows. CVR Energy and CVR Refining rose 55% and 39%, respectively, during the same time. Icahn Enterprises L.P. owns 82% of CVR Energy, which owns most of CVR Refining and has historically sourced most of its own revenue from the refiner's cash distributions. 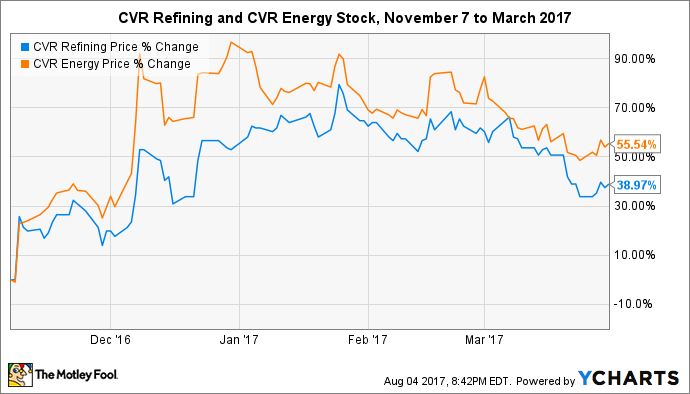 The end of the story?

Whether or not Icahn did anything illegal is unknown, but either way, his trading decisions appear to have backfired today. After bottoming out at $0.30 per credit in early March, RINs traded above $0.80 per credit for the last half of July.

In late July, a U.S. appeals court in Washington ruled that proposed changes to the RFS, originally catalyzed by Icahn, would only work by misinterpreting the law. They were rejected, and in the first week of August the EPA stated it would abandon the changes. CVR Energy and CVR Refining stock slipped, while RINs hit new 52-week highs.

Here's the worst part. Since CVR Refining has put off RIN purchases since late 2016 -- first hoping that prices would tank (they did), then hoping that the law would be changed (it didn't) -- the company is now facing an enormous bill from its ill-timed bet.

At the end of the second quarter of 2017, its outstanding RIN obligations for the last 12 months stood at $279.9 million. Based on current market prices for RINs, it may be closer to $321 million. The company had $515 million in cash at the end of June.

Both companies were already facing steep challenges, so this only adds to the pain. Investors may be better off avoiding the stocks for now. And if you ever needed a case study in why investors can't time the markets, then this is a pretty good example.