Shares of Live Nation Entertainment (NYSE:LYV) jumped as much as 11.8% higher on Thursday morning, driven by a stellar second-quarter report. As of 10:50 a.m. EDT, the gains had moderated a still-impressive 8.5%.

The Ticketmaster parent's second-quarter sales rose 29% year over year, landing at $2.8 billion. GAAP earnings per share more than doubled from $0.13 to $0.29. Analysts would have settled for earnings of $0.19 per share on sales near $2.4 billion.

Live Nation sold 68 million concert tickets during the second quarter, a 21% increase over the year-ago period. At the same time, average revenues per ticket (including additional sales at the live event such as food, drink, and T-shirts) lifted from $0.30 to $0.33. 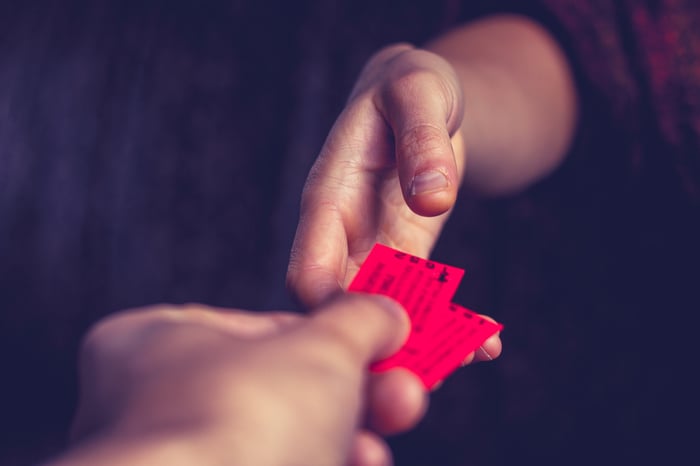 The ticket vendor is firing on all cylinders right now. That's nothing new, of course. Live Nation shares have now soared 56% higher in 52 weeks, powered by a steady stream of strong business reports.

The financial windfall is being reinvested in several operational upgrades, such as the Verified Fan program, which puts more tickets in the hands of actual fans rather than corporate ticket buyers. Live Nation set all-time highs today for all the right reasons -- the company's business results come straight from fresh thinking in a mature industry.