Shares of 22nd Century Group Inc. (NYSEMKT:XXII), a plant biotechnology company focused on tobacco-harm reduction, popped 12.3% higher before settling to a gain of about 6.9% as of 3:22 p.m. EDT during Wednesday's session. The company made some big claims about its possible role in a shifting U.S. market for non-addictive tobacco.

Earlier this year, Food and Drug Administration (FDA) Commissioner Scott Gottlieb made noise about lowering acceptable nicotine levels for tobacco products to levels that would render them non-addictive. 22nd Century Group holds numerous patents for genetically engineered tobacco plants that would suddenly become very popular if the FDA actually followed through with a non-addictive tobacco mandate. 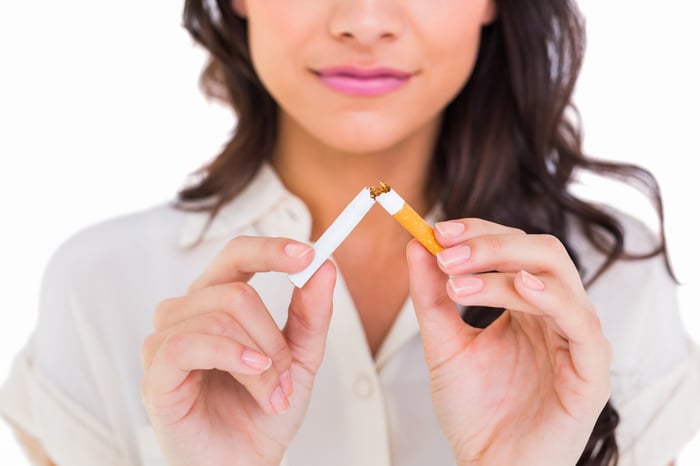 In fact, 22nd Century Group claims it's the only company in the world capable of growing tobacco with non-addictive levels of nicotine. The company announced record revenue of $3.9 million in the second quarter this year, mainly due to a new filtered cigar-manufacturing agreement. Despite the top-line boost, the company's operations lost about $3.3 million during the three-month period.

According to 22nd Century's latest annual report, the company began the year with about $13.5 million in cash. So far this year, the company's operations have lost about $6.0 million, which means the company will probably need to raise more capital from shareholders by the end of the year.

Sure, the FDA could finally issue a long-awaited tobacco-product mandate in the months ahead, but don't hold your breath. This isn't the first time I've heard rumblings about a low-nicotine tobacco mandate, and I doubt it will be the last.