Shares of J.Jill (NYSE:JILL), a premier women's apparel brand with more than 270 stores nationwide were down 14.6% as of 11:45 a.m. EDT Tuesday after the company released its second-quarter report, despite it meeting analysts' estimates for the period. During a brief period earlier in the morning, shares were down more than 18%.

J.Jill's total net sales increased 9.9% year over year to $181.4 million, which topped analysts' estimates calling for $179 million. That result was driven in large part by a 7.8% increase in comparable-store sales. The retailer's adjusted earnings per share checked in at $0.29, which was right in line with analysts' estimates. It's become essential for retailers to show investors a growing e-commerce story, and J.Jill delivered on that aspect: Direct to consumer net sales represented 43.1% of total net sales. 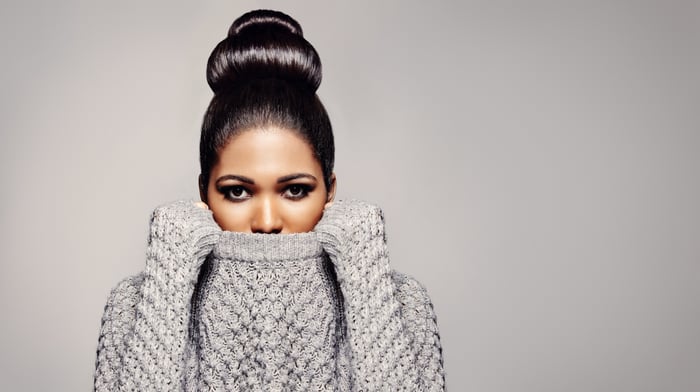 "We are pleased to deliver another quarter of strong sales and earnings growth," said President and CEO Paula Bennett in the press release. "Our second quarter performance demonstrated the continued strength of our omnichannel model and the disciplined, data-driven approach we take to our business. As we enter the back half of the year, we remain focused on delighting our customer with the product assortment and shopping experience she values while continuing to deliver consistent profitable growth."

Given that Q2 was a blockbuster success, it appears that the primary driver of Tuesday's stock price decline was the company's soft guidance. Management is forecasting some retail weakness in the near-term, and while it expects comparable store sales will still climb in the high single-digit percentages, it's only looking for adjusted earnings per share in the $0.18 to $0.20 per share range for the third quarter. Analysts' consensus estimate falls at the high end of that guidance. Despite the lukewarm guidance, though, the sell-off that followed the report seems to be a slight overreaction to a solid quarter from a retailer that has a successful e-commerce story -- and its stock has a history of popping and dropping on its earnings releases.

Why Shares of J.Jill Dropped 14.6% This Morning @themotleyfool #stocks $JILL Next Article
Current