Please ensure Javascript is enabled for purposes of website accessibility
Log In Help Join The Motley Fool
Free Article Join Over 1 Million Premium Members And Get More In-Depth Stock Guidance and Research
By Ashraf Eassa - Aug 30, 2017 at 9:30AM

The proof is in the supply chain.

One of the features that Apple (AAPL 0.03%) is rumored to be bringing to its upcoming iPhones, which are reportedly set to be unveiled to the public in about two weeks, is so-called "wireless charging."

There doesn't seem to be much doubt in people's minds that the highest-end iPhone -- the $999 one sporting a new form factor, OLED display, and 3D sensing capabilities -- will have the feature. 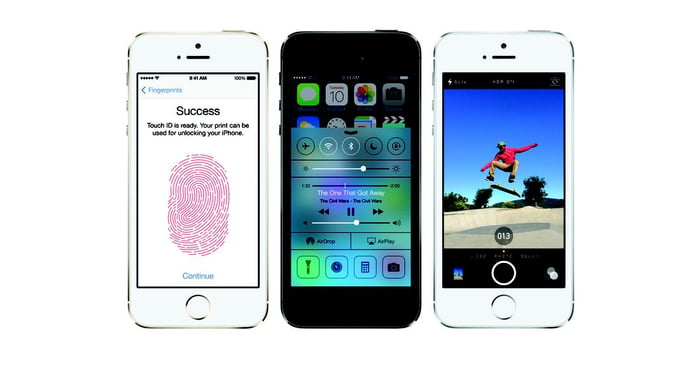 However, there's some doubt about whether the more mainstream iPhone models -- commonly referred to as the iPhone 7s and iPhone 7s Plus, respectively -- will have the feature.

The answer is yes, and here's the proof.

That expectation is reinforced by the fact that Broadcom has said that it will enjoy a significant (and atypical on a year-over-year basis) increase in the amount of dollar content that it'll supply in this year's new iPhone models.

Digging a little bit deeper into this, Broadcom has referred to the new iPhone as its "new platform," and hasn't distinguished in any of its public commentary between the expected premium iPhone and the upgraded versions of the iPhone 7 and iPhone 7 Plus (widely referred to as the iPhone 7s and iPhone 7s Plus, respectively) in terms of content increase.

This leads me to believe that, as far as Broadcom dollar content in the new iPhones goes, there's no difference between an iPhone 7s and a premium OLED iPhone.

In my view, this is reasonable not only based on Broadcom's commentary but also on how Apple has differentiated the iPhone Plus model from the standard-sized model; that differentiation has always been in areas like screen size/sharpness and camera capabilities.

I see no reason to think that Apple would restrict wireless charging to the premium iPhone, especially given the financial evidence from Broadcom.

Is this going to be a game-changing feature?

As far as whether wireless charging is going to be a "game-changing" feature, I'd say the answer is probably no.

The technology will likely require expensive additional accessories to function, which I suspect will keep a lid on the adoption of the technology. That said, there will certainly be smartphone enthusiasts who value the feature and will consider one of the new iPhones now that it has a feature that Android flagships have offered for a while.

In other words, the feature should be a nice marketing point for Apple, and the additional accessories revenue from those who do adopt Apple's wireless charging technology certainly can't hurt.