The clothing maker and retailer saw second-quarter sales rising 22% year over year to $538 million. On the bottom line, it moved from an adjusted loss of $0.03 per share a year ago to an even larger $0.18 loss per share. However, those figures beat Wall Street's consensus estimates, which called for a $0.26 loss per share on sales near $523 million. 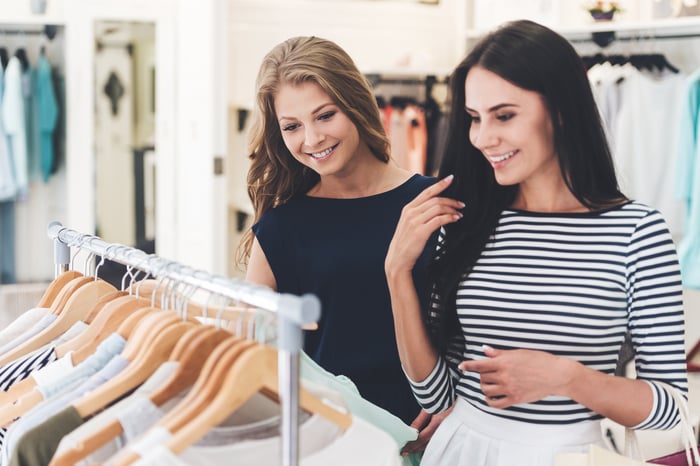 G-III's surging sales rested on the recent acquisition of the Donna Karan brand and the related network of DKNY apparel stores. Management sees this deal as a game-changer in the long run, and it's willing to take some short-term losses on the profit line in order to prepare the Donna Karan assets for the upcoming holiday season.

"We are fortunate to have developed a diverse business, anchored by Calvin Klein and supported by other brands including Tommy Hilfiger and Karl Lagerfeld Paris," said CEO Morris Goldfarb in a prepared statement. "Donna Karan and DKNY, both global power brands, will help us capture additional opportunities."

Looking ahead, G-III raised its full-year guidance on both the top and bottom lines. Adjusted third-quarter earnings should land close to $1.50 per share, roughly flat compared to the year-ago period.

The stock has now bounced back from 52-week lows with a 67% surge, but with shares in the neighborhood of $30, G-III still has a long way to go before investors revisit the all-time highs of more than $70 per share that were set in the summer of 2015.