Shares of The Chefs' Warehouse (NASDAQ:CHEF) were surging last month after the restaurant-supply company posted a strong second-quarter earnings report. According to data from S&P Global Market Intelligence, the stock moved up 19%.

The purveyor of specialty food products saw strong organic revenue growth in the quarter and beat earnings estimates. As the chart below shows, the stock surged after the company released its results on Aug. 9. 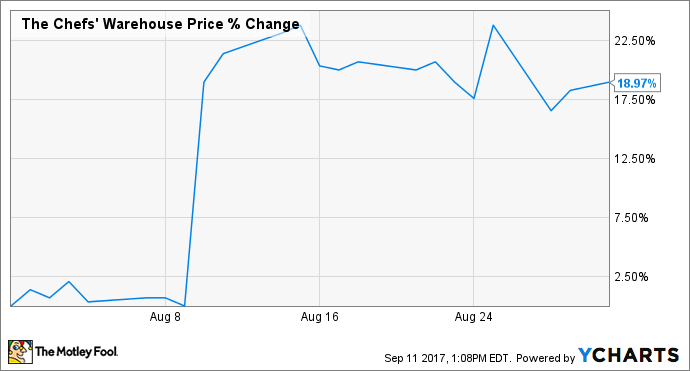 Chefs' Warehouse said that revenue increased 13.9% in the period to $331.7 million, essentially matching estimates, as the company saw 10% revenue growth not including acquisitions. Adjusted earnings per share slipped a penny to $0.14, but that still beat expectations at $0.12.

CEO Chris Pappas said, "The positive momentum we experienced in the first quarter continued into the second quarter. Organic growth was up 10% in Q2 and reported sales growth was up approximately 14%. In addition, we are having success on the bottom line with gross margins up 24 basis points, including a 12 basis point increase in the protein division." 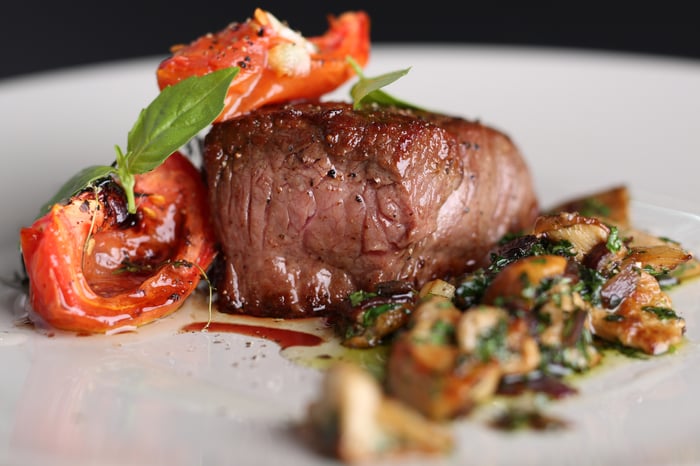 Later in the month, the stock spiked briefly as the company said it acquired Fells Point Wholesale Meats. Terms of the deal were not disclosed, but the company is expected to generate $55 million in revenue next year and be accretive to earnings.

With a savvy acquisition strategy and interest in gourmet foods continuing to build, Chefs' Warehouse looks primed for continued growth.