The best is still far, far ahead for these three companies -- and their investors.

When it comes to fantastic long-term stock returns, it's tough to beat warehouse retail club Costco. Buying shares of the company's predecessor in 1982 would have resulted in a stunning 17,600% return so far, or 24,000% if you also reinvested Costco's dividends starting in 2004.

But where's the next wealth-building ticker to match Costco's success over the last 35 years? That's the question we put to a few of your fellow investors here at The Motley Fool, and you might be surprised at some of their answers. Read on to see why our panelists would bet on Mercadolibre (MELI -3.52%), 2U (TWOU -4.12%), and 8x8 (EGHT -3.01%) for the next several decades. 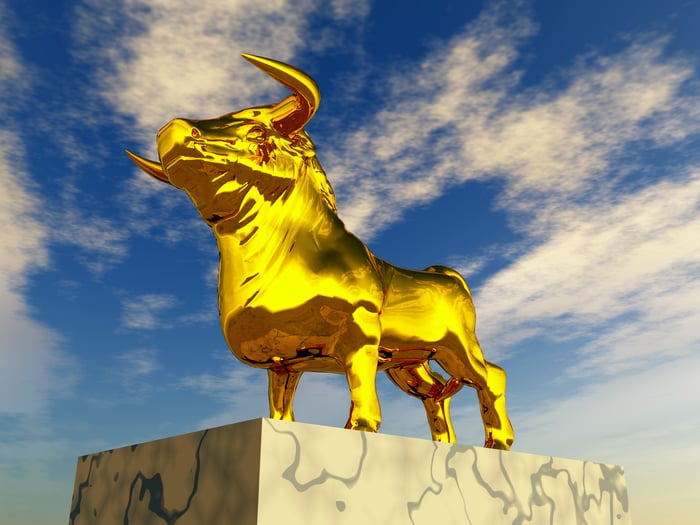 Tim Green (MercadoLibre): Costco's success in mastering the warehouse-club model over the past 35 years has led to outstanding returns for long-term shareholders. With e-commerce still accounting for just a small fraction of global retail sales, there will almost certainly be e-commerce winners other than Amazon.com. MercadoLibre has a good shot at being one of those winners, providing Costco-like returns in the process.

MercadoLibre operates an online commerce and payments ecosystem in Latin America. The company is present in 18 countries, with gross merchandise volume of about $8 billion in 2016. MercadoLibre gets a cut of those sales, with additional revenue coming from payment processing.

The company is growing at a breakneck pace. During the latest quarter, gross merchandise volume soared 35.8% year over year, while payment volume jumped 73.5% year over year.

Shares of MercadoLibre have slumped recently due to reports that Amazon was looking to expand its presence in Brazil. Competition from the e-commerce giant is certainly something to worry about, but Amazon has a mixed record in international markets. The company hasn't gained much ground in China, for example, and its international segment is perpetually in the red. Amazon's dominance in Latin America is far from a sure thing.

MercadoLibre has the potential to grow into an e-commerce giant in the coming years and decades, much like how Costco has grown into a warehouse-club giant. The stock is not even in the ballpark of cheap, trading for around 80 times earnings. But if you're willing to hold on for the long haul, MercadoLibre could deliver solid returns as its growth story plays out.

Anders Bylund (8x8): If you want to match Costco's extraordinary returns starting from the early 1980s, you have to start with a small business, largely unknown, that isn't an obvious winner yet. In 1982, Costco had yet to open its first store and the Price Club merger that made it a public company was more than a decade ahead.

Enterprise communications specialist 8x8 is the closest I can get to that type of champing-at-the-bit early investment opportunity. Sure, the company has been around since 1987 and joined the public stock market way back in 2002, but the business opportunity in internet-based voice and video communications services feels fresh and almost entirely untapped, even now.

This company's services combine low cost and high quality, thanks to a lean, mean cloud-computing infrastructure. Business is going gangbusters. In the recently reported second quarter, revenues rose 15% year over year, with a 33% surge in service orders from mid-market and enterprise customers.

The company has formed several distribution and cross-selling partnerships, and R&D budgets are rising as fast as the top-line sales. To me, that combination signals a tech company that wants to hang around for the long haul. It's all about innovation and market growth. 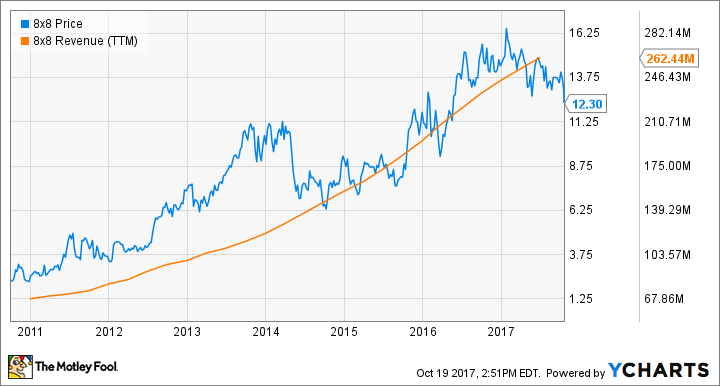 8x8's products and services have been gaining traction in the marketplace in recent years, which is why sales and share prices are skyrocketing today. I'll admit that it will be tough to match Costco's legendary long-term returns, but 8x8 could come close.

Changing the face of education

Steve Symington (2U): Investors searching for the "next" Costco should be looking at companies that are still early in their respective growth stories, have the power to disrupt existing industries, and boast the ability to effectively weather competitive threats. To that end, I think long-term shareholders will be hard-pressed to find a company that better fits this mold than 2U.

The educational-technology specialist only went public in 2014, and early investors have already seen the value of their shares more than quadruple since then. But we're still only talking about a relatively small $3 billion company that's quickly rolling out new online education programs with many of the world's leading universities.

Last quarter, for example, 2U confirmed it's well ahead of schedule, with 12 of its targeted 13 program launches already slotted for 2018, notably including new degree options at The University of North Carolina at Chapel Hill, Fordham University, Rice University, Emerson College, Harvard University, and the University of Dayton. As a result, 2U co-founder and CEO Chip Paucek noted at the time that the company remains "confident in our multi-year launch cadence."

In addition, 2U closed on its $103 million acquisition of online short-course specialist GetSmarter in early July. The purchase should serve to both bolster its presence in non-degree alternatives and accelerate international growth with partners including the University of Cambridge and the London School of Economics.

More recently, shares of 2U popped in September after the company announced a new stock offering, the proceeds of which will be used to fund expenditures related to both new and existing programs and short-course launches -- a move that indicates the company has no intention of slowing down. For investors willing to buy now and watch 2U's multi-year growth story continue to play out, I think it should easily beat the market from here.