Warren Buffett's Berkshire Hathaway (BRK.A 1.69%) (BRK.B 1.64%) and American Express (AXP 1.28%) are two behemoths in the financial sector. In last year's comparison of the two as stock investments, Berkshire Hathaway was the winner.

Enough time has passed to take a fresh look at the matchup. Given today's circumstances, share prices, and recent results, is Berkshire Hathaway still the champ, or is AmEx the new victor? 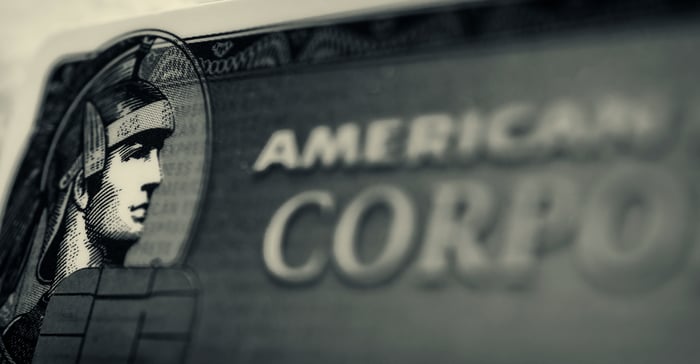 Both companies have been doing well in the past year. The splashier headlines, though, belong to Berkshire Hathaway.

This summer, the Warren Buffett-run company exercised its right to buy 700 million shares of Bank of America common stock, the culmination of a 2011 deal in which it bought $5 billion worth of preferred stock and warrants. By exercising the right, Berkshire Hathaway immediately grossed a paper profit of around $12 billion, and is now Bank of America's top shareholder.

Besides that, the company significantly added to its stake in Apple (NASDAQ: AAPL). Just after that was made public, the iPhone maker posted quarterly results that blew past analyst estimates. Although it's been a bit of a see-saw lately, Apple stock is still up by nearly 40% so far this year.

Not every move made by Buffett and Berkshire lately has been a hit. At the beginning of the year Berkshire committed $15 billion to portfolio company Kraft Heinz for it to buy out consumer goods megalith Unilever. That offer was rejected by the target, as was a subsequent Buffett/Berkshire play for privately held utility Oncor Electric Delivery.

AmEx -- which is a top Berkshire holding -- has been motoring along despite the loss of its very lucrative deal with Costco Wholesale (COST 1.35%).

It'll be some time before AmEx entirely gets over the Costco split, but that doesn't mean it's flailing. The company's recently released Q3 results showed a 9% year-over-year increase in net revenue (to over $8.4 billion), with net income coming in a robust 19% higher at almost $1.4 billion.

Outgoing CEO Ken Chenault said the improvements were due to new products and cardholder perks, as well as growth in new customers and an expansion of the merchant network.

The future's looking pretty good now. AmEx raised its guidance for full-year profitability, and now expects $5.80 to $5.90 per share for fiscal year 2017, up nicely from the previous estimate of $5.60 to $5.80. Although that would represent growth of only 3% to 4% over the 2016 figure, it's encouraging for a company that lost a major chunk of its business just over a year ago.

Which stock is the winner?

Much like Buffett, I like AmEx very much as an investment. Not a lot of companies can take a Costco-sized hit and get on their feet so quickly and effectively. AmEx won't be a hotly growing company over the next few years, but it'll grow nevertheless, and keep rewarding patient shareholders.

Still, it can't match the potential of Berkshire. Buffett's baby is well positioned to take advantage of growth in a number of sectors that have some distance to run. These include, but are by no means limited to, finance, transportation, and even tech (pundits might be needling Apple for a lack of innovation recently, but the company continues to sell piles of iPhones).

On a five-year forward P/E-to-growth basis, Berkshire is more than twice as expensive as AmEx. But since I believe its potential is far better than that difference would indicate, it's the much better buy. So ultimately, my winner in the Berkshire vs. AmEx sweepstakes is the same as previously -- Buffett and his crew.