Third-quarter results fell short of expectations, but the company sees business picking back up in the fourth quarter.

Shares of Cerner (CERN), a provider of technology and solutions to the healthcare industry, slumped on Friday following the company's third-quarter report. Cerner missed analyst estimates across the board, and reported bookings that came in below expectations. The stock was down about 10% at noon EDT.

Cerner reported third-quarter revenue of $1.276 billion, up 7.6% year over year but $20 million below the average analyst estimate. System sales rose 7.6% to $324 million, while support, maintenance, and services rose 7.7% to $928 million. Total revenue was within the company's guidance range. 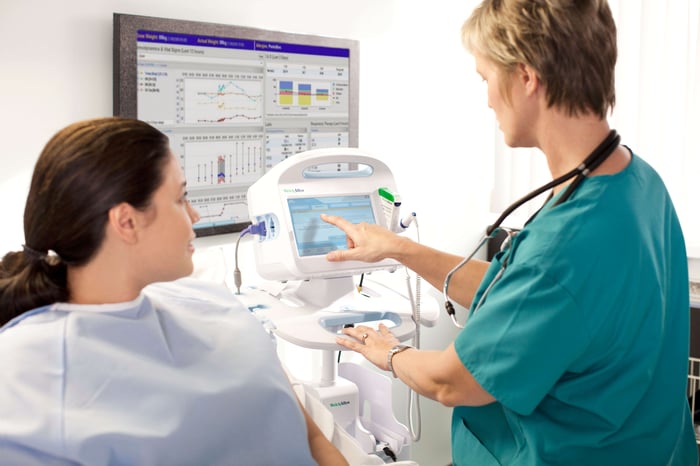 Bookings in the third quarter were $1.111 billion, down from $1.434 billion in the prior-year period and below the company's guidance. Cerner pointed to delays in signing several large contracts for the decline, saying that these contracts are now expected to be signed during the fourth quarter.

Non-GAAP earnings per share came in at $0.61, up from $0.59 in the prior-year period but $0.01 below analyst expectations. Cerner expects to produce fourth-quarter revenue between $1.30 billion and $1.35 billion, along with non-GAAP EPS between $0.60 and $0.62. Fourth-quarter bookings are expected to come in at record levels, between $1.75 billion and $2.00 billion, thanks to those large contract signings being pushed into the fourth quarter.

Cerner's lackluster results for the third quarter, and the big drop in billings, seem like short-term issues. With bookings set to rebound strongly in the fourth quarter, the decrease in the stock price on Friday looks like an overreaction. According to Cerner president Zane Burke, the company remains "well positioned for a good year" despite the third-quarter shortfall.