Almost half of the driller’s shale production currently comes from the hurricane-soaked Eagle Ford Shale.

After slowing down during the oil market downturn, Marathon Oil (MRO 3.50%) hit the gas this year and restarted production growth. The company was able to reverse its production decline during the second quarter and initially expected that output from its U.S. shale plays would increase 15% to 20% by the end of the year. However, thanks to excellent drilling results during the first half of the year, the company boosted its full-year production outlook last quarter, with it now anticipating 23% to 27% growth by year end.

That said, Marathon went up against an unanticipated headwind during the third quarter in the form of Hurricane Harvey, which drenched southern Texas. The storm forced several companies operating in the Eagle Ford Shale to shut in producing wells and shut down drilling rigs, causing a decline in output from the region. That would seem to be bad news for Marathon Oil since it's a major Eagle Ford Shale producer. However, according to a press release from the company, the storm didn't have much of an effect on its production, which suggests it should report solid third-quarter results this Wednesday evening. Because of that, it doesn't seem like the storm will force the company to water down its full-year growth forecast or future expectations. 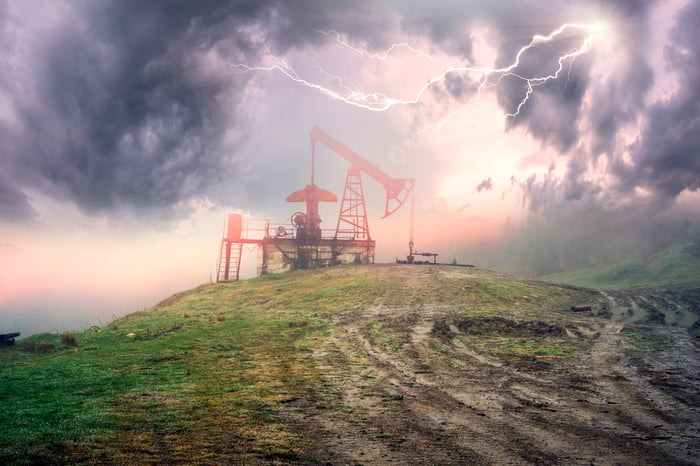 In late August, Marathon Oil joined many of its peers by suspending operations across its entire Eagle Ford Shale position in south Texas just before Hurricane Harvey hit the coast, shutting in 1,500 producing wells and halting drilling activities. Once the storm passed, the company quickly got back to work. As a result, it produced about 100,000 barrels of oil equivalent per day (BOE/D) for the quarter in the Eagle Ford, which was in line with the second quarter.

Marathon's result was impressive considering that some rivals had issues ramping back up in the Eagle Ford Shale after Hurricane Harvey. Devon Energy (DVN 2.34%), for example, warned that the storm knocked 15,000 BOE/D from its production during the third quarter. While that represents just 0.5% of the company's total output, it was a much larger portion of its oil production since crude represents about two-thirds of its output in the Eagle Ford and will likely cause Devon's oil production to come in below expectations in the third quarter, which could take earnings with it. Meanwhile, oil giant ConocoPhillips (COP 2.84%) also reported that Harvey knocked out about 15,000 BOE/D of production in the third quarter. However, ConocoPhillips still delivered output near the high end of its guidance range thanks to strong results elsewhere. 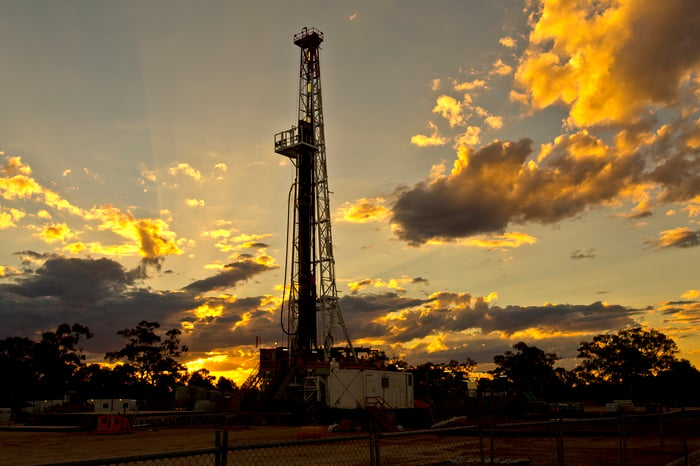 Didn't even dent the outlook

Because Marathon's output quickly bounced back to pre-storm levels, and drilling activities across its shale resources produced excellent results during the quarter, the company noted in its post-Harvey update that production from its U.S. shale plays would be at the high end of its 230,000 to 240,000 BOE/D guidance range. That likely means it shouldn't see much if any impact on earnings during the third quarter. That's what happened with ConocoPhillips, which leveraged its diversification and operational strength to beat expectations again this quarter.

Further, given that Marathon didn't experience any permanent damage to its wells, and drilling results across its shale plays continue to exceed expectations, the company still expects to end the year producing 23% to 27% more from its U.S. resource plays than its rate at the end of last year. That's in line with what Devon noted in its post-Harvey updated as well.

One reason for this is that both companies are measuring production growth from where they were at the end of 2016 to where they expect to be at the end of 2017 instead of the increase in the average daily rate from one year to the next. Because of that, a blip in third-quarter output won't matter. Further, the bulk of their growth is now coming from areas outside of the Eagle Ford, including the Permian Basin in western Texas and the STACK play in Oklahoma, neither of which experienced any operational impact from Harvey.

It's all about the outlook

While Hurricane Harvey soaked southern Texas, causing several oil producers to cut production and their drilling activities during the third quarter, that storm didn't seem to slow down Marathon Oil. Because of that, the company remains on pace to hit its gaudy 2017 growth outlook, keeping it on track to deliver double-digit production growth over the next several years, which it can fully fund within cash flow at current oil prices. Given that forecast, if Marathon's stock sells off after reporting earnings due to a minor impact from Hurricane Harvey, it could be a buying opportunity for investors looking for a top-tier oil stock that can thrive in the current environment.