The market continues to cheer the drilling contractor’s third-quarter results.

Shares of Precision Drilling (PDS 2.49%) jumped on Monday and were up 12% at 2:45 p.m. EDT. That rally pushed the stock up nearly 24% since it reported third-quarter results last week.

On Friday, the Canadian drilling contractor said that its revenue jumped 47% in the third quarter to 315 million Canadian dollars (more than $245 million) thanks to an improvement in drilling activities across North America and higher dayrates for its rigs internationally. Because of that, Precision Drilling's loss narrowed to CA$26 million, or $0.09 per share, which was better than analysts expected and an improvement from a CA$47 million, $0.16 per share, loss in the year-ago quarter. 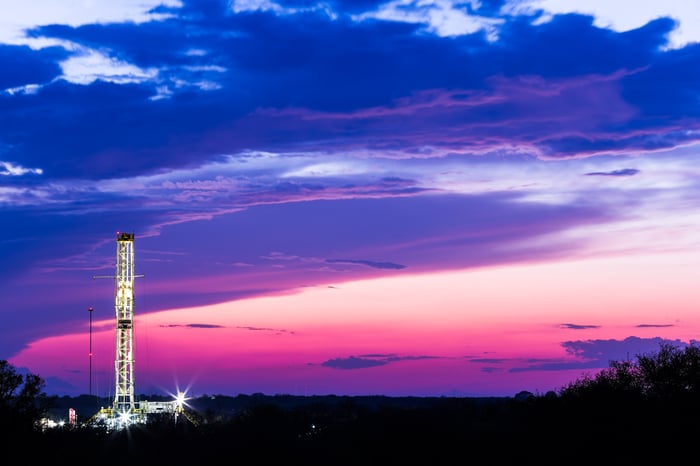 That report initially fueled a nearly 10% rally in the stock last Friday. However, those gains continued on Monday after several analysts chimed in with positive views on the results. Analysts liked that Precision Drilling is generating free cash flow, which helped bolster its cash balance by CA$37 million last quarter. They see this trend continuing, which should help the company further de-leverage its balance sheet as it continues increasing its cash balance. Because of that improving financial profile, analysts think Precision could be a good option for those looking to invest in the recovery of the North American oil market.

While Precision Drilling's stock is up sharply in the last few days, it's still down nearly 50% this year because drilling activities in North America slowed over the summer due to weaker oil prices. That said, crude prices have picked up in recent weeks, which could eventually reaccelerate drilling activities, enabling Precision to put more rigs to work and at higher prices. However, even with that upside potential, the stock remains a risky bet because it could be quite a while before drillers hit the gas on their activities since many have turned their focus toward growing shareholder value instead of production. That shift could keep a lid on Precision's profitability for a while.