With the announcement that it will start to buy back shares again, BP wants to show that it's in the best shape among integrated oil and gas companies.

Of all the integrated oil and gas companies, BP (BP 3.18%) was probably the last one you would have guessed would restart its share repurchase program. This past quarter, though, management said it feels comfortable enough with the company's performance that it can start to return excess capital to shareholders.

Let's take a look at BP's most recent results and see why management feels now is an opportune time to start its buyback program. 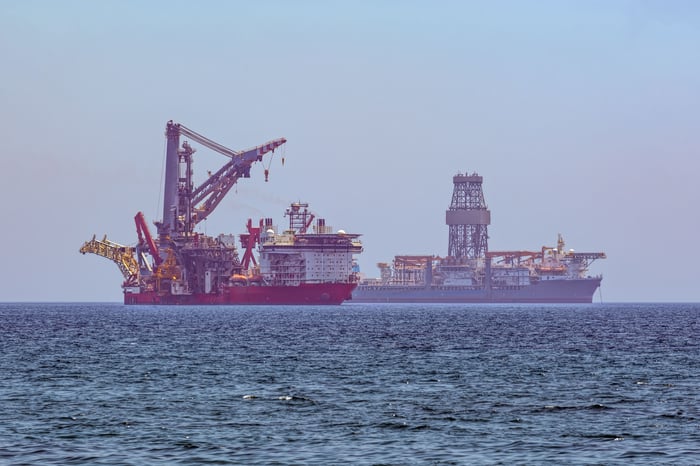 Here is the craziest tidbit from BP's most recent earnings report: The company's oil and gas production is 16% higher than it was this time last year, and the upstream segment wasn't even the best-performing part of the business. The real rock star for the quarter was the downstream business, which reported a 122% year-over-year increase in operating profits.

It also helped that the company's Gulf of Mexico oil spill payments were significantly lower this past quarter. The $600 million in costs related to the Deepwater Horizon disaster was the least it has spent on that in several years. Management anticipates that it will spend a similar amount in the fourth quarter.

Given all that, BP is now generating enough cash from operations to cover all its dividend and capital expenditures with cash flow, so it wants to start buying back shares to mitigate dilution from its scrip dividend program. 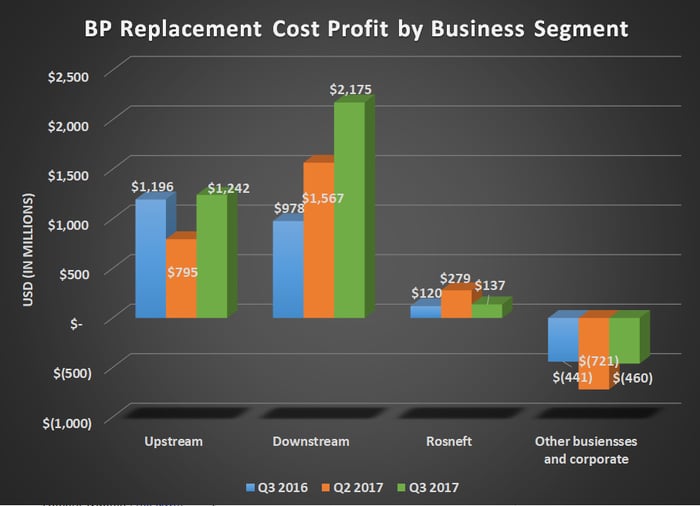 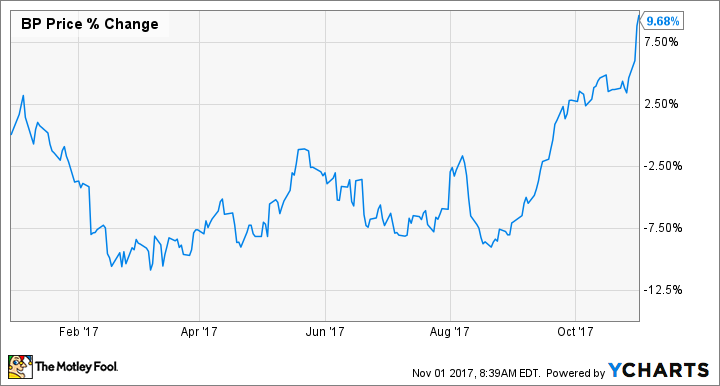 Here's CFO Brian Gilvary on why management feels it is in a position to start repurchasing stock again:

We have made strong progress this year in adjusting to the lower oil price environment and have now brought our finances, including the full dividend, back into organic balance at an oil price just below $50 a barrel. Given the momentum we see across our businesses and our confidence in the outlook for the group's finances, we will be recommencing a share buyback programme this quarter. We intend to offset the ongoing dilution from the scrip dividend over time.

This is a significant turning point for BP. Not only is it generating enough cash from operations at today's prices to cover its dividend and capital spending, management feels comfortable enough with its future spending plans that it can allocate some of its cash flow toward share repurchases. So far, BP is the only integrated major that has made such an announcement.

We can probably expect those impressive production growth results to improve even further in the coming quarters as BP ramps up activity at its major new projects. Also, its signature project, the Shah Deniz Phase 2 in Azerbaijan, should come on stream in 2018.

With all of this growth coming and its Gulf of Mexico oil spill payments significant declining, BP shares are looking more lucrative  by the day. As long as there isn't a significant decline in oil prices over the next year or so -- and that doesn't seem super likely -- then BP could be an attractive stock today.