Western Digital (NASDAQ:WDC) released results for its inaugural quarter of fiscal 2018 on Oct. 26, and they were encouraging, even if the top- and bottom-line beats weren't overpowering. The computer storage specialist also provided an update about its ongoing legal dispute with business partner Toshiba (OTC:TOSBF).

It seems that the market expected better, though. The company's shares fell slightly in after-hours trading following the unveiling of the results, though as of market close Oct. 31, shares were back to about where they were before earnings were reported. Let's look at how Western Digital did in the quarter. 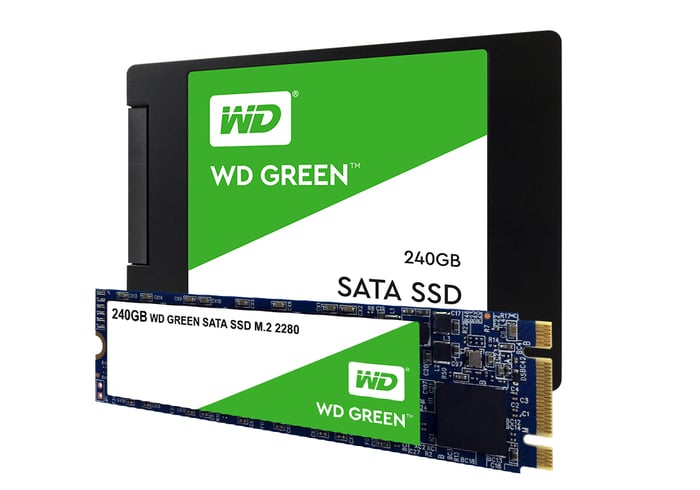 Those latest numbers were high enough to beat the average analyst estimates. On average, analysts were expecting $5.10 billion on the top line and adjusted earnings of $3.30 per share.

WD is still benefiting from its acquisition of flash-memory maker SanDisk, which closed in May 2016. CEO Steve Milligan said that such products have had quite a positive effect on the company's cash position. "We generated strong operating cash flow, reflecting continued healthy demand in many of our end markets, most notably in our flash-based businesses," he said during the conference call with analysts.

That was the good news. There were two less inspiring items, though I wouldn't quite call them "bad news." First, Western Digital proffered revenue guidance that came in below analyst estimates. The company believes it will book $5.2 billion to $5.3 billion for the current, second quarter, which even at the top end would be below the average analyst forecast of $5.33 billion. On the other hand, the company's projected EPS of $3.60 to $3.70 handily beats the average prognostication of $3.51. Both metrics would represent notable growth from Q1 2017's results.

Uninspiring item No. 2 was WD's update of the soap opera -- whoops, legal battle -- around the sale of Toshiba's memory-chip business. Western Digital has joint ventures with Toshiba and had worked to buy the business that Toshiba is selling. It objects to Toshiba's planned sale of the business to another consortium. My colleague Leo Sun does a fine job of digesting the saga.

Milligan said in the conference call that "the stakeholders will either engage in constructive dialogue in the near future, or this matter will be resolved through the objective arbitration process." In other words, this disagreement is probably going to drag on for a good while.

WD is in the right business at the right time. Demand for flash memory is strong, thanks to factors such as the increasing sophistication of smartphones, and the legacy hard-drive segment is hanging on better than it should given that it's an aging technology. Meanwhile, the company's weaker-than-expected guidance for Q3 isn't weak enough to abandon ship; it still represents healthy year-over-year growth, after all.

What bothers me more, as a shareholder, is the situation with Toshiba. Although WD claims that it's willing to "engage in constructive dialogue," its actions suggest otherwise.

In offering participation in its upcoming Fab 6 chip-production line, Toshiba is at least trying to reach out to its American partner, but WD seems to be refusing even to consider this overture. Rather, it seems determined to wage a potentially costly fight that could drag on for years to the detriment of both it and Toshiba.

But I'm hanging on to my shares. The world needs more storage, particularly of the flash variety, and WD is nicely positioned to sell it. The Q1 results didn't blow anyone away, but they gave this investor plenty of indication that both the company's fundamentals and its potential for future growth are strong.