Shares of Extended Stay America Inc (NASDAQ:STAY) were getting evicted by investors today after the discount hotel chain posted worse results than expected in its third-quarter report and lowered its guidance. As of 11:57 a.m. EDT, the stock was down 14.4%. 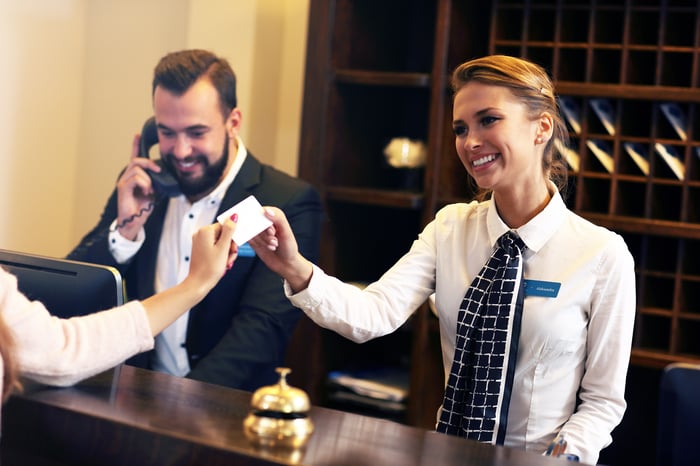 CEO Gerry Lopez called the performance "stable," but acknowledged that the results were short of expectations. He noted that weakness in the West overcame strength in the South and Southeast, and said the company was taking steps including personnel changes and a reallocation of sales resources in order to improve performance.

After the disappointing performance, Extended Stay America lowered its full-year outlook, calling for revenue of $1.27-$1.28 billion, down from a previous range of $1.28-$1.3 billion. It also sees RevPAR growth narrowing from 1.5-3.5% to 1-1.5%, and net income at $155-$161 million, down from previous guidance at $161-$174 million. Analyst estimates weren't available for comparison, but the guidance indicates the company is moving in the wrong direction.

While management's ESA 2.0 initiative, which is focused on asset sales and refranchising, seems promising, it may take longer than expected for the company's performance to turn around.