Investors are taking notice of the company's direction -- and they like what they see.

Shares of Microsoft (MSFT 0.71%) popped by 11.7% in October, according to data provided by S&P Global Market Intelligence, a majority of which came after the company reported strong fiscal first-quarter 2018 results near the end of the month.

Investors were pleased to see the company's total revenue increase by 12% year over year to $24.5 billion, and to see Microsoft's net income jump by 16%. Shareholderswere also happy with the sales results from the productivity and business processes segment -- comprised mainly of its Office products -- which grew by 28%. But the big news from the quarterly report came from the cloud computing services unit. 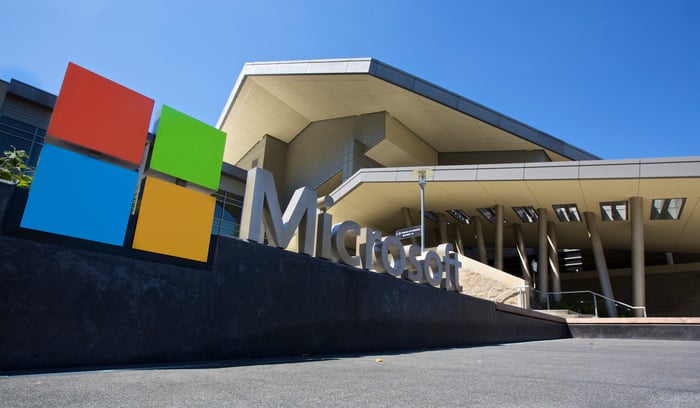 Investors took notice of those strong margins, and have been told to expect more of the same. On the quarterly call, Microsoft CFO Amy Hood said :

"We remain committed to material improvement in our commercial cloud gross margin percentage. Margin performance is variable quarter-to-quarter, driven by revenue mix and seasonality as well as the timing of infrastructure spend. We expect continued year-over-year margin improvement and sequential trends consistent with prior years."

The company has proven that it can successfully run a cloud computing business even as it grows its traditional software sales and expands further into hardware. This has helped drive investor optimism about Microsoft's stock, pushing the share price up 39% over the past year. And based on its current cloud trajectory, there's no reason why this positive sentiment shouldn't continue.