If you'd like to see more management diversity at the biggest U.S. corporations, there's an easy way you can vote with your investment dollars.

A recent study by Korn Ferry International (KFY -0.76%), entitled What Makes Women Different, turned up a number of intriguing facts about gender diversity in corporate America. For example, female CEOs tend to be slightly older than male CEOs because it takes women 30% longer to attain the helm of large corporations than their male counterparts. Here's another kernel: It's no secret that women are underrepresented on corporate boards and in executive suites, but were you aware that there have only been 94 female Fortune 500 CEOs during the entire existence of the Fortune 500?

A relatively new exchange traded fund (ETF) aims to influence the conversation around leadership positions in America's largest corporations. The SPDR SSGA Gender Diversity Index ETF (SHE -0.40%) invests in companies found within the index of the same name. The Gender Diversity Index selects holdings based on ratios of female board members and executives (holding titles of Vice President and above) to total board members and total executives within the 1,000 largest capitalization public corporations in the U.S.

A blog post from the fund's sponsor, State Street Global Advisors, both the ETF's investment directive and its broader social mission:

The Gender Diversity Index ETF was launched on 3/7/2016, and has posted a total return of 27.6% since that date, for an annualized total return of 15.3%. Year to date, the fund has generated 13.92% on a total-return basis, slightly trailing the S&P 500 Total Return Index performance of 16.8% over the same period.

"SHE," which incidentally is one killer of an ETF symbol, has seen more than decent inflows since inception, and boasts current net assets of $354 million. The fund tends to track the volatility of the overall market with a beta that hovers around 1.0, and its dividend currently yields 1.74%.

In the table below I've listed the Gender Diversity Index ETF's top six holdings, which comprise over 27% of net assets, and illustrate the quality of the typical fund position:

To give you an idea of what gender diversity means in the fund's largest holdings, roughly 30% of Pfizer's executive leadership team are women, including the company's chief medical officer, Freda Lewis-Hall. A full third of McDonald's corporate leadership team is female. Women hold the CFO positions at Mastercard and Coca-Cola. And PepsiCo and IBM are led by CEOs Indra Nooyi and Ginni Rometty, respectively.

You don't have to purchase shares on social conviction alone 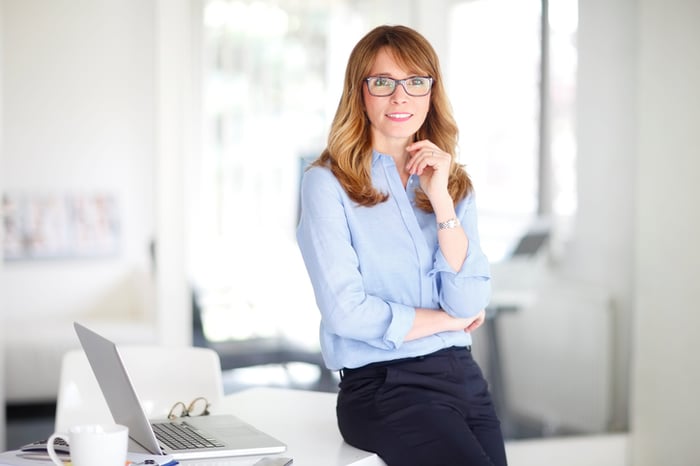 Buying the SPDR Gender Diversity Index ETF can provide a method to participate in socially conscious investing. But there's certainly an underlying business case to be made as well. In a blog post that discusses "SHE," State Street Global Advisors executive Jill Mavro cites an MSCI study which found that corporations with strong female leadership (defined as having more than three female executive board members or higher than average female board representation in a given company) generated a yearly return on equity of 10.1%, versus 7.4% for those without strong female leadership.

Will "SHE" outperform the market, as represented by the S&P 500 Index? It certainly has the potential to do so, given Mavro's evidence and the fact that the fund has tracked close to the S&P 500 since inception. Yet investors may want to hold shares for the long term, as the path to market-exceeding returns may not be entirely smooth.

This is due to the "glass cliff" phenomenon. Studies have shown that women are often promoted to positions of command during periods of turmoil, and rather than break through a glass ceiling, in some instances the executive's experience is more like sliding off a glass cliff.

Being handed the reins in a turnaround situation is a blessing, but it's fraught with risk. I note one former glass cliff candidate and one current one in the fund's top five holdings. While Indra Nooyi at PepsiCo has definitively lifted PepsiCo's earnings and stock price since ascending to the CEO position in 2006, IBM CEO Ginni Rometty is still in the midst of her attempt to revive IBM and keep it relevant, five years after her appointment in fall 2012.

So, if you're a patient investor, and ready to push for gender diversity while reaping more than decent returns, "SHE" might be just what you're seeking. And it's efficiently managed, with an expense ratio of just 0.20%, helping you to hang on to more of the return generated by those investment dollars you're voting with.