Shares of big-box store Target (NYSE:TGT) dropped nearly 10% on the day this week that it reported its third quarter of 2017. It was a good progress report, but investors were disappointed with the company's outlook for the all-important holiday shopping season.

As further proof that the company's strategy to return to growth is working, third-quarter results topped management's guidance given during the second-quarter report.

The revenue increase was primarily attributable to a same-store sales increase of 0.9%. Traffic was up 1.4% and online sales increased 24%, continuing Target's streak of 20%-plus digital business growth. For the year, comparable sales are now up 0.3%, reversing the 1.3% comps hole that got 2017 started. Though earnings decreased year-over-year in the most recent quarter, that was to be expected as the company continues to invest to update its selling model.

Success can be attributed to Target's investment in digital sales, including the rollout of various shipping options after customers place orders online and new competitive pricing to keep up with the likes of Amazon (NASDAQ: AMZN) and Wal Mart (NYSE: WMT). Since the beginning of the year, eight new exclusive brands have also been released, spanning everything from clothing to home goods. At least four more exclusive lines are in the works through next year. 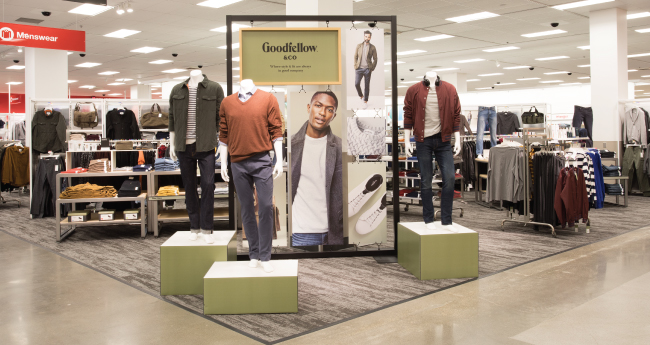 The third quarter tends to be a sleepy one for Target. Investors thus shifted their focus to the busiest quarter of the year that coincides with the holiday shopping frenzy. The outlook they got apparently wasn't agreeable.

While I personally didn't think the guidance was anything to fret about, Target did acknowledge some caution was in order, reflected in the "worse case" guidance of flat comparable sales. It's important to bear in mind that comparable sales also factor in lower selling prices due to discounting, which is likely given how competitive retailing has gotten. Foot traffic, the other half of the equation, has been picking up pace the last two quarters.

Speaking to fourth-quarter expectations, CEO Brian Cornell had this to say:

While the fourth quarter is always intensely competitive, we are entering this holiday season with lots of confidence, enabled by this year's investments and the tireless efforts of our team. We have an outstanding set of plans this year. And while it's still very early, we've been encouraged with the guest response to the launch of Hearth and Hand as well as last week's release of the Target-exclusive version of Taylor Swift's new album, Reputation.

While the bulk of the season is still ahead of us, we are very happy to see how these early efforts have set the tone for the season as we are already showing our guests that Target will offer unique holiday merchandise and experiences that you can't find anywhere else.

A more upbeat tone regarding the next two months of shopping activity would have been encouraging, but the sell-off in Target stock looks overdone to me. The trailing price-to-earnings ratio is now at 11, and the dividend yield currently sits at an attractive 4.2% on this Dividend Aristocrat.

For those willing to stomach the turnaround strategy and what has become a very choppy stock, Target shares look like a solid pickup to me.