Tencent Holdings is becoming the top stock to watch in China.

Over the past few years, Tencent expanded WeChat into an all-in-one platform with ride hailing, mobile payments, food delivery, and various e-commerce services. This strategy widens its moat against rivals like Baidu and Alibaba, which are also expanding their search and e-commerce ecosystems into adjacent markets. It's a strategy that Facebook arguably copied with its stand-alone Messenger app.

MAUs at QQ fell 4% annually to 843 million during the most recent quarter, while Qzone's MAUs declined 10% to 568 million. However, those declines were expected as Tencent shifts toward WeChat as its primary social platform. 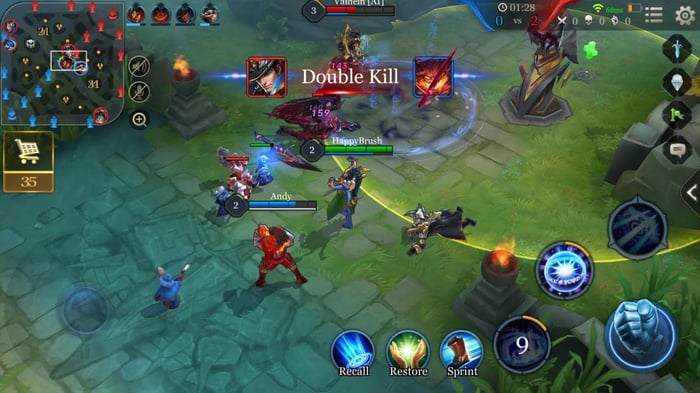 Tencent is also the world's largest video game publisher by annual revenues. Its massive gaming portfolio includes the esports favorite League of Legends, mobile hits like Honor of Kings (Arena of Valor) and Clash of Clans, and stakes in major publishers like Activision Blizzard.

Tencent has also aggressively invested in next-gen technologies like artificial intelligence and driverless cars, and owns stakes in companies like Tesla Motors and Snap.

Therefore, Tencent shouldn't be directly compared to Facebook, although the two companies are both social media giants. Instead, Tencent can better be described as a combination of Facebook, Activision Blizzard, PayPal, Netflix and Spotify all working cohesively within a single company.

Tencent reports its revenue in three segments: value-added services (VAS), which includes gaming revenue and various transactions across its social network; online advertising, which includes display, social, and video ads; and "other" businesses, which includes its investments in adjacent markets. All three businesses grew at double- or triple-digit rates last quarter:

Analysts expect that momentum to continue with 58% sales growth and 57% earnings growth expected this year. For next year, its sales and earnings are expected to respectively rise 39% and 26%. The stock probably can't be considered "cheap" at 39 times next year's earnings, but that multiple seems easily justified by its earnings growth.

How can you invest in Tencent?

If you are a U.S. investor and your brokerage allows you to buy international stocks, you can directly buy the shares in Hong Kong under the ticker "0700." If not, you can buy the stock on the OTC (over-the-counter) market under the ticker TCEHY.

Investors should fully understand the risks of investing in overseas or "pink sheet" stocks before pulling the trigger. However, I've personally owned the pink sheet shares of Tencent since February, and I believe that this stock still has a lot more room to run over the next few years.