Geospace logs another quarter without any signs of a catalyst in the visible future.

If Vladimir and Estragon thought waiting for Godot took a long time, they clearly haven't met a Geospace Technologies (GEOS 0.54%) shareholder because they have been waiting years for this company to post encouraging results. While it did report higher revenue this past quarter, there weren't a whole lot of reasons to become overly excited about results overall.

This is a theme Geospace's investors have experienced many times over the past few years, and management doesn't seem to think that will change anytime soon. Here's a look at Geospace's most recent earnings release. 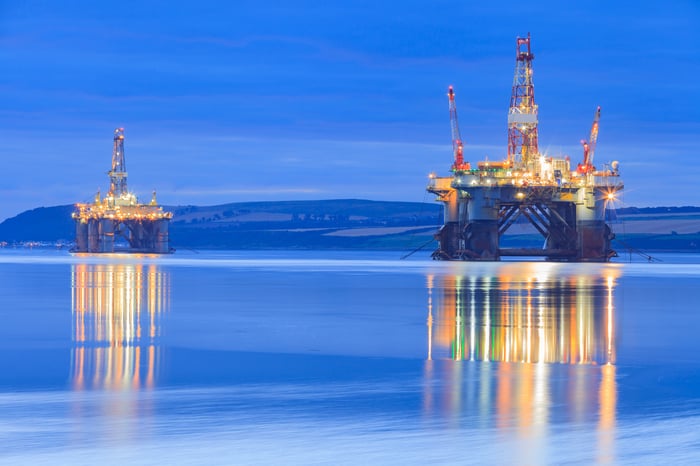 So here's the good news: Geospace's revenue continues to climb modestly as oil and gas producers start to dip their toes back into the exploration game. Management noted that a large portion of that 45% increase in revenue came from the sale of a larger wireless sensor order from its rental fleet. At the same time, the company reported a larger loss than the prior quarter as it took a sizable inventory obsolescence charge -- management believes its permanent reservoir monitoring systems will not be in use since it hasn't received an order for these devices since 2012.

Those charges, though, are noncash in nature and the company continued to generate enough cash from operations to cover its capital spending and stash some cash for the eventual recovery.

CEO Rick Wheeler's comments on the market were measured at best. While he foresees an uptick in demand for Geospace's products, investors shouldn't expect a rapid recovery in 2018.

As the 2017 fiscal year has now come to a close, we are encouraged that total revenue increased over last year and that quoting activity as reported by our customers is also increasing. However, our optimism remains guarded in that we believe recovery in the seismic industry will be gradual and that demand for our seismic products will lag behind initial market improvements. Our latest product offerings are currently under evaluation and testing by existing as well as new potential customers and are being recognized for the utility and efficiencies their new features can provide. These products and our reputation for customer support provide an abounding opportunity for us to take advantage of an improved seismic exploration and reservoir characterization industry where both technical and operational performance are important.

Fiscal 2017 capped another year at Geospace of keeping the lights on in the midst of terrible market conditions. Even though we have seen a pickup in oil and gas spending, much of that has gone toward the development of previously discovered reserves. There is no telling when we can expect this dynamic to change as the price of oil is good enough to develop some choice reservoirs, but doesn't incent drillers to go on a spending spree looking for the next giant find.

Aside from that, nothing has changed at Geospace. The company's earnings results are tough, but it still has a cash flow positive business with a decent amount of cash on the balance sheet and no debt to speak of. Geospace can likely remain in hibernation mode for a while, but don't expect great results anytime soon.

Geospace Technologies Gets a Brief Revenue Bump in the First Quarter, but That's It