Please ensure Javascript is enabled for purposes of website accessibility
Log In Help Join The Motley Fool
Free Article Join Over 1 Million Premium Members And Get More In-Depth Stock Guidance and Research
By Steve Symington - Dec 5, 2017 at 9:30AM

The consumer products leader rose after an encouraging quarter. Here's what investors need to know.

Shares of The Clorox Company (CLX 2.07%) rose 10.1% in November, according to data from S&P Global Market Intelligence, after the consumer products specialist announced solid quarterly results in spite of the impact of this year's hurricanes.

More specifically, Clorox's fiscal first-quarter revenue climbed a modest 4% year over year, to $1.5 billion. That translated to 7% growth in net earnings to $192 million, or $1.46 per diluted share, which was comfortably ahead of the $1.42 per share Wall Street was expecting. 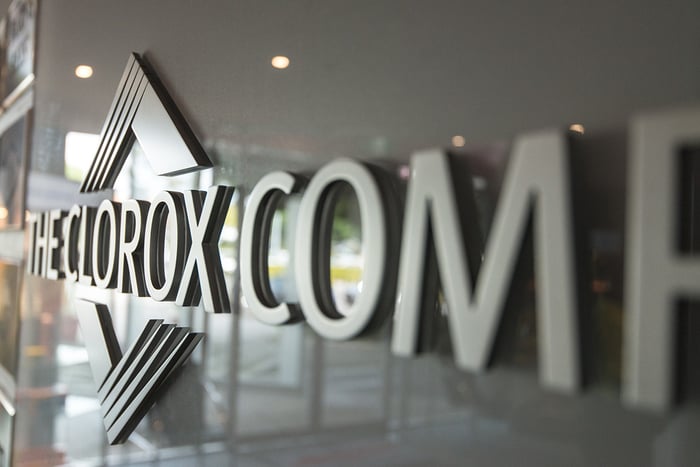 That's not to say Clorox's rise last month came all at once, as is so often the case with more volatile names in the stock market of late. Rather, Clorox's share price rose gradually throughout the month to end up more than 10%, easily outpacing the S&P 500's modest 2.6% return over the same period.

In any case, chairman and CEO Benno Dorer said he was "very pleased" with the company's start to the fiscal year, noting its growth came despite a difficult comparison to "very good results" in the same year-ago period.

"Broad-based strength in our business from strong execution of our 2020 Strategy led to sales increases and gross margin expansion across all of our segments," Dorer elaborated.

Looking ahead to the full fiscal year, Clorox also told investors to expect 1% to 3% sales growth (down from 2% to 4% previously), and earnings per diluted share in the range of $5.47 to $5.67 (down from its prior range of $5.52 to $5.72). These slight changes might look concerning at first glance, but they primarily reflect divestiture of its Aplicare business in late August. So more than anything, Clorox's "new" guidance was effectively a reiteration of its previous expectations.

In the end, though, given its slight bottom-line beat to kick off the fiscal year, it was no surprise to see Clorox stock climbing in response last month.

Why Is Wall Street Expecting Miracles From Clorox?