Shares of Conn's are up Thursday despite some comparable store sales weakness thanks to the company beating analysts' estimates on the top and bottom line.

Conn's posted total revenue of $373.2 million during the third quarter, which managed to top the estimates of analysts surveyed by Zacks that called for $362.2 million. The strong top-line result filtered to the bottom line, with adjusted earnings per share (EPS) checking in at $0.18, compared to estimates of a more modest $0.04 adjusted EPS. More importantly, the third quarter represented the second consecutive quarter of profitability, and the company's credit segment recorded its highest spread in 11 quarters. 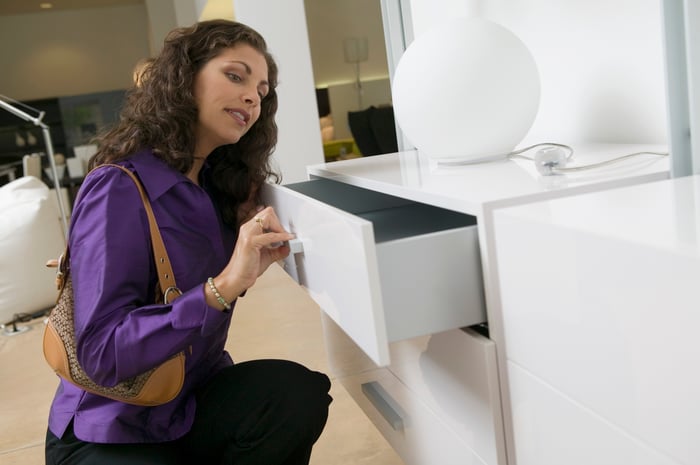 "Retail performance remains solid and Conn's achieved record third quarter retail gross margins, which helped produce another quarter of strong retail operating income. With improving credit trends, we are increasingly confident that the investments we have made in the credit platform can support profitable growth..." said Norm Miller, Conn's chairman and CEO, in a press release.

Management plans to open five to nine new stores during fiscal year 2019, which should help offset some of the comparable store weakness felt during the third quarter. However, if the company continues to benefit from a widening credit spread and improving retail gross margins, more quarters of profitability should be achievable. That's great news for investors who hope the stock can hold its 191% gain in price over the past 12 months.