Semiconductor supplier Broadcom (NASDAQ:AVGO) reported its fiscal fourth-quarter results after the market closed on Dec. 6. Revenue grew across all segments, with the wireless segment producing the strongest growth thanks to the recent iPhone launch. Broadcom sees this strength continuing into the first quarter, driven by the later launch of the iPhone X. Here's what investors need to know about Broadcom's fourth-quarter report. 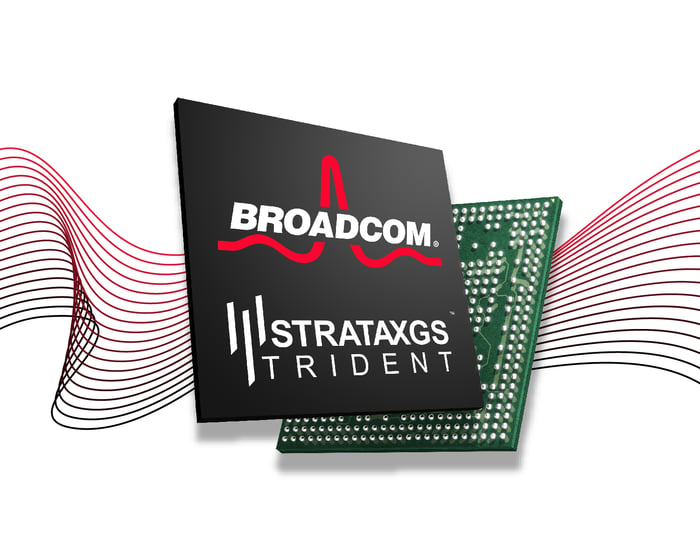 Broadcom provided the following guidance for the first quarter of fiscal 2018:

Broadcom CEO Hock Tan discussed the drivers behind the strong wireless growth during the fourth quarter in the earnings call: "Fourth-quarter wireless revenue was driven by the ramp in shipments of next-generation platform from our large North American smartphone customer. The growth was partially offset by a decline in shipments to other customers, and the substantial year-on-year growth in revenue was driven by the large increase as we had indicated in Broadcom's total dollar content in this new platform."

Tan sees a strong first quarter as well, driven in part by the late launch of Apple's iPhone X: "As we look into first quarter 2018, unlike the last two years we expect wireless revenue to continue to grow sequentially as the ramping demand from our North American customer this year was pushed out compared to prior years."

Broadcom is benefiting from the launch of the iPhone 8 as well as the iPhone X, and those benefits will roll into the first quarter as the iPhone X continues to ramp up. The rest of Broadcom's business is also performing well. The storage business will get a boost in fiscal 2018 from Brocade's Fiber Channel SAN business, expected to add $250 million of revenue during the first quarter.

Broadcom's offer to buy Qualcomm was rejected, but a deal isn't off the table. Broadcom could raise its offer or attempt a hostile takeover. Acquiring Qualcomm would make Broadcom even more dependent on the smartphone market, but it could also give it more leverage when dealing with customers like Apple.