Shares of the festive retailer fell after the company announced a secondary stock offering.

Shares of Party City Holdco Inc (PRTY -7.55%) were putting on a frowny face today after the celebration-themed retailer announced a secondary offering. As a result, the stock finished Friday down 7.5% after trading down as much as 13.3% earlier in the session. 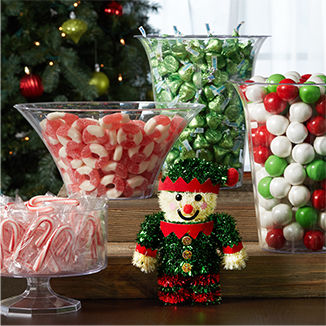 Party City said 10 million shares of stock owned by other shareholders would go on sale and that the company would buy 2.5 million shares from Goldman Sachs, which is underwriting the sale. While this type of secondary offering doesn't dilute current shareholder stock, that a large investor is dumping the stock seemed to spook investors, especially as the retailer is struggling with the broader challenges weighing on the retail industry.

Party City stock is down 40% since its 2015 IPO as brick-and-mortar retailers have suffered and its revenue and profit growth has plateaued. In its most recent earnings report, comparable sales decreased 1.2% adjusted for the impact of hurricanes, or 2.6% without that adjustment, and overall revenue increased just 0.6%. Unlike many retailers, Party City continues to open stores; its store count has grown 2.3% to 942 in the last year. Ultimately, today's news may have little effect on the company, though it's discouraging to see such a large sale at once. Goldman Sachs has not yet named the price at which it will sell the stock, though that should come shortly.